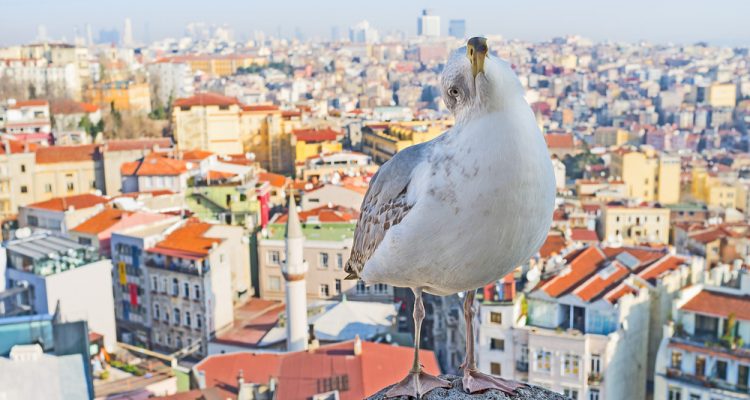 The story of the city mouse and the country mouse may be truer than we thought. A new study has found that plants and animals that live in urban areas are being changed by city life.

The analysis, led by Dr. Marina Alberti of the University of Washington, looked at 1,600 cases around the world. They found that animals and plants living in cities showed changes in body size along with changes in behavior and reproduction habits compared to their country cousins.

“Humans challenge the phenotypic, genetic, and cultural makeup of species by affecting the fitness landscapes on which they evolve,” Alberti and her co-authors wrote in the analysis. “Recent studies show that cities might play a major role in contemporary evolution by accelerating phenotypic changes in wildlife, including animals, plants, fungi, and other organisms.”

For example, one 2008 study found that wildlife and plant populations exposed to human activity – especially activity in which humans alter the natural world, such as overharvesting or pollution – show faster rates of evolutionary change.

The researchers looked at another study that recorded changes in the behavior of crows and ravens in response to human behavior. That 2005 study found that social species with the ability to create and evolve their own “culture,” such as crows, can adapt and change that culture to take advantage of city life.

Alberti and her fellows used their “meta-analysis” to try to piece together the role that urbanization as a whole, rather than just individual human behaviors, plays in plant and animal evolution. That included widespread habitat modification like paved roads, street lights, and tall buildings; social interactions among species and between animals and humans; and disturbances of the natural ecosystem like flooding (though flood prevention or damming rivers) or pollution.

“By explicitly linking urban development to traits that affect ecosystem function, we can map potential eco-evolutionary implications of emerging patterns of urban agglomerations and uncover insights for maintaining key ecosystem functions upon which the sustainability of human well-being depends,” they wrote.

The analysis was published in Proceedings of the National Academy of Sciences.