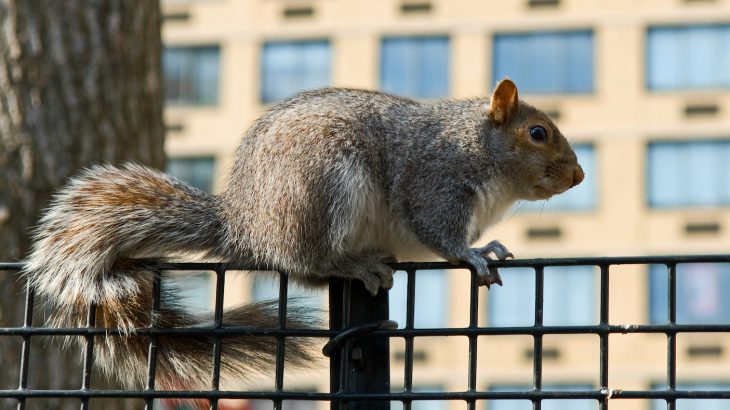 Lifestyle, longer life spans, and exposure to pollution and chemicals all increase the risk of certain cancers in humans, particularly in urban environments.

But now, an international team of researchers has recently analyzed cancer prevalence in animals that live in urban environments. Habitat loss due to urban sprawl is causing animals like birds, squirrels, and mice and hedgehogs to adapt to urban areas.

In a new study published in the journal Proceedings of the Royal Society B, the researchers found that cancer prevalence is increasing among urban wildlife due to increased exposure to new threats like chemical, noise, and light pollution along with changes in diet and habitat.

Feeding birds and squirrels human food like bread is common in many city parks, but the researchers argue that this is leading to an increase in obesity among animals and with it increases the risk of cancer.

“It is clear that the characteristics of a modern lifestyle and the urbanizing environment have brought along a change in cancer prevalence in humans, but so far little attention has been given to similar changes in wild animals,” the researchers wrote in their study.  “It has only recently been proposed that human activities might increase the cancer rate in wild populations.”

“By identifying the knowledge gaps in this field, we suggest future research avenues, with the ultimate aim of understanding the magnitude of how humans’ modern lifestyle affects cancer prevalence in urbanizing wild populations as well as the possibilities of using urban wild animal populations as models to study the association between environmental factors and cancer epidemics in humans,” the researchers wrote.