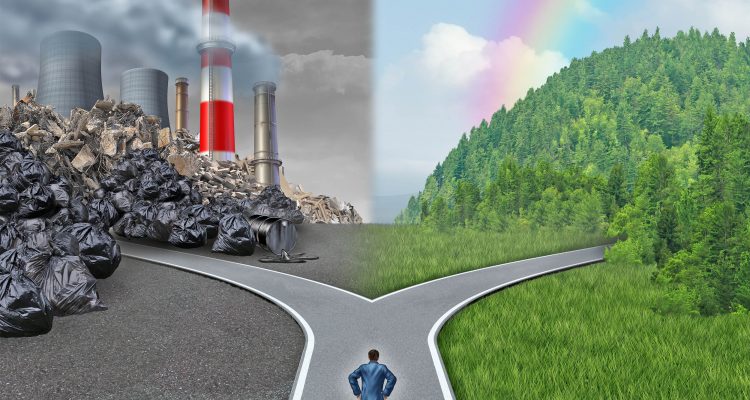 According to new research from Cornell university, climate change action is influenced by individual moral values.

The findings also suggest that a moral value rated more highly by conservatives – purity – also appears to have a positive effect, though not as pronounced as compassion and fairness.

Previous research using Haidt’s moral foundations has found that those who identify as liberal prize the values of compassion and fairness most highly. Those who consider themselves conservative place nearly as high a value on compassion and fairness, but place a substantially higher value on in-group loyalty, authority and purity.

The Cornell researchers also found that belief in climate change was significantly associated with increased willingness to act, while those who identified as politically conservative, and who were older and male, were less inclined to act.

Given that liberal attitudes tend to favor action on climate change, Dickinson was not surprised that compassion and fairness correlated strongly with individual willingness to make lifestyle changes.

“Compassion and fairness make perfect sense, because climate change is an environmental justice issue, and being willing to do something about climate change also requires that we care about future generations. Both of those things require compassion and a sense of fairness,” said Dickinson, the study’s lead author. “But it’s not as clear why purity would be important. It may be because within the religious community, leaders have been focusing on the ideas that we are stewards of the earth and that there’s something impure about destroying natural systems.”

The association between the valuation of purity and a willingness to make personal lifestyle changes, while not as strong as for compassion and fairness, indicates the potential for alternative pathways to climate change action for liberals and conservatives.

“Our finding that willingness to take action on climate change was related to moral values embraced by both liberals and conservatives suggests that it is too simplistic to use political ideology alone to predict support for climate change action,” said McLeod.

“As we learn what’s important to different kinds of people with respect to climate change, that information can help us communicate in ways where the problem can be heard,” said Dickinson. “And I think we may be missing arguments that are important to people if we ignore moral diversity.”