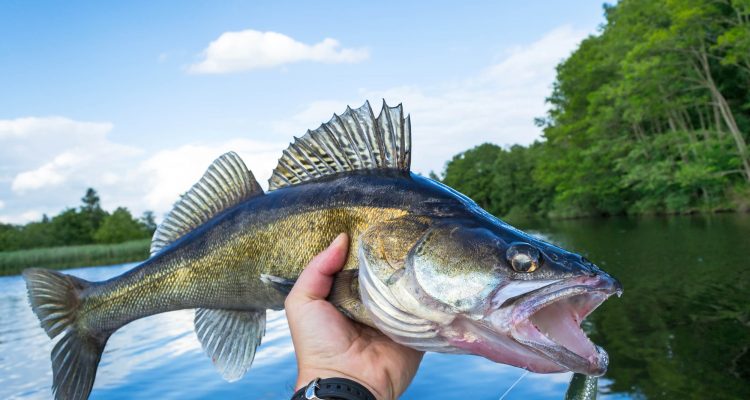 Byadmin
Earth.com staff writer
A popular recreational and commercial fish – the native walleye – is at risk of disappearing as invasions of the competitive, predatory smallmouth bass move into Ontario lakes, a new study from York University has found.

The findings by biology Professor Sapna Sharma in York U’s Faculty of Science and Thomas Van Zuiden, a recent Master’s degree graduate of Sharma’s who is now a data manager and statistical analyst in her lab, have important implications. As climate change facilitates smallmouth bass invasions, fisheries in the Great Lakes region are at greater risk of collapse.

“Walleye play an important role in lake-ecosystem dynamics as top predators, and are also popular angling targets for commercial and recreational fisheries,” said Van Zuiden. “Climate change poses a serious threat to their survival in Ontario lakes, and our study shows that the invasion of smallmouth bass is exacerbating the problem.”

Analyzing data from 722 lakes in Ontario, Van Zuiden and Sharma found that smallmouth bass prefer different environmental conditions than walleye. However, when walleye and smallmouth bass are in the same lakes, there are three times fewer walleye. Under future scenarios of climate change, the researchers predict that the co-occurrence of the two fish species may increase as much as 332 per cent by the year 2070, increasing the vulnerability of walleye populations across the province.

“The future is looking dim for walleye in Ontario lakes under climate change because of both habitat loss and competition from invading smallmouth bass,” says Sharma. “As climate change continues to facilitate smallmouth bass invasions into new lakes, Canada’s native fisheries, such as walleye and lake trout, are at greater risk of collapse. Our study illustrates the importance of including multiple environmental stressors in statistical models when attempting to understand changes in biodiversity.”

The study, “Examining the effects of climate change and species invasions on Ontario walleye populations: can walleye beat the heat,” is published in the October print edition of the journal Diversity and Distributions.

York University is known for championing new ways of thinking that drive teaching and research excellence. Our students receive the education they need to create big ideas that make an impact on the world. Meaningful and sometimes unexpected careers result from cross-discipline programming, innovative course design and diverse experiential learning opportunities. York students and graduates push limits, achieve goals and find solutions to the world’s most pressing social challenges, empowered by a strong community that opens minds. York U is an internationally recognized research university – our 11 faculties and 26 research centres have partnerships with 200+ leading universities worldwide. Located in Toronto, York is the third largest university in Canada, with a strong community of 53,000 students, 7,000 faculty and administrative staff, and more than 295,000 alumni.