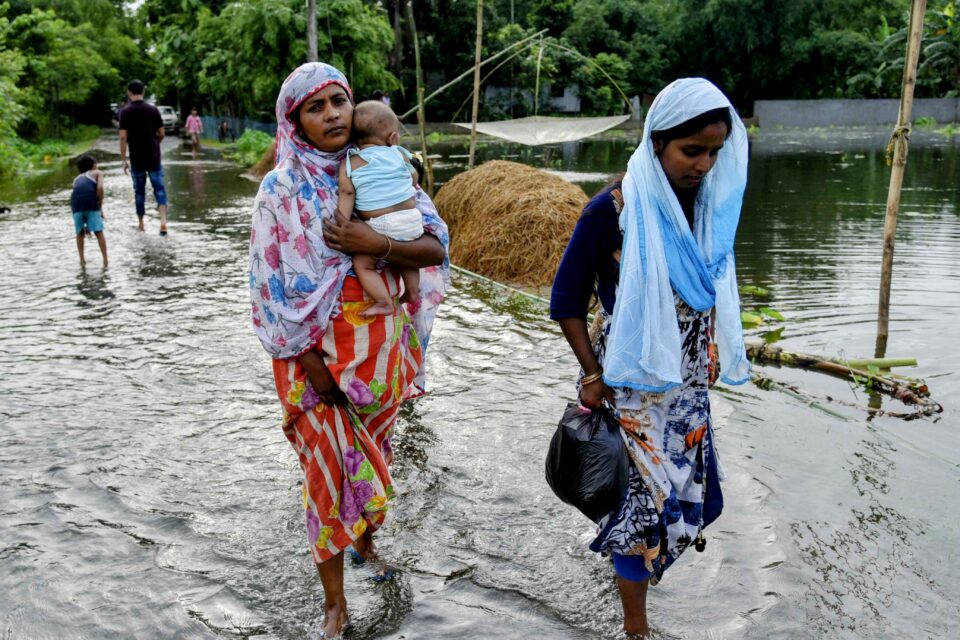 A comprehensive assessment of a vast array of scientific studies led by the University of Hawaiʻi at Mānoa has unearthed empirical evidence that over 58 percent of human pathogenic diseases have been at a certain point aggravated by climatic hazards, including global warming, droughts, heatwaves, massive precipitation, floods, storms, sea level rises, ocean biochemical change, and shifts in land cover. By examining the impact of these climate-related factors on all known pathogenic diseases, the experts found that 218 out of 375 of these diseases have been affected at some point by at least one climatic hazard, via 1,006 unique pathways.

“Given the extensive and pervasive consequences of the Covid-19 pandemic, it was truly scary to discover the massive health vulnerability resulting as a consequence of greenhouse gas emissions,” said study lead author Camilo Mora, a professor of Geography at the University of Hawaiʻi. “There are just too many diseases, and pathways of transmission, for us to think that we can truly adapt to climate change. It highlights the urgent need to reduce greenhouse gas emissions globally.”

The analysis revealed that climatic hazards are bringing pathogens closer to people by facilitating the spatial and temporal expansion of vectors and pathogens. For instance, global warming and precipitation changes are associated with the range expansion of disease vectors such as mosquitoes, ticks, fleas, birds, and certain mammals that are implicated in outbreaks of viruses, bacteria, or protozoans, including malaria, dengue, Lyme disease, West Nile virus, or the plague bacterium.

On the other hand, climatic hazards are also frequently bringing people closer to pathogens. Forced displacements and migrations of people after storms, floods, or sea level rises have led to massive outbreaks of infectious diseases, such as cholera, typhoid and Lassa fever, Legionnaire’s disease, salmonellosis, gastroenteritis, or a vast number of respiratory and skin diseases.

Moreover, climatic hazards have also enhanced specific aspects of certain pathogens, such as improved climate suitability for reproduction, acceleration of the life cycle, rises in virulence, or increasing length of likely exposure. For example, heatwaves can act as natural selective forces leading to heat-resistant pathogens that can better cope with the human body’s main defense mechanism, fever. In addition, heavy storms and floods often create stagnant pools of water, which are perfect breeding and growing grounds for mosquitoes and the large number of pathogens that they transmit.

Finally, climatic hazards have also diminished humans’ capacity to cope with pathogens by altering body conditions, adding stress from exposure to extreme weather events, forcing people to live in unsanitary conditions, and damaging protective infrastructure. For instance, prolonged droughts are known to be conducive to poor sanitation, which often leads to diseases such as cholera, dysentery, scabies, chlamydia, E.coli, or salmonella.

While the majority of pathogenic diseases were exacerbated by climatic factors, some of them (63 out of 286) were diminished. Global warming, for example, seems to have reduced the spread of certain viruses that thrive in colder climates. However, most diseases that were diminished by a certain climatic hazard were at times aggravated by another, or even the same hazard.

“We knew that climate change can affect human pathogenic diseases,” said study co-author Kira Webster, a doctoral student in Geography at University of Hawaiʻi. “Yet, as our database grew, we became both fascinated and distressed by the overwhelming number of available case studies that already show how vulnerable we are becoming to our ongoing growing emissions of greenhouse gases,” she concluded.

The study is published in the journal Nature Climate Change. In addition, the researchers also created an interactive web-page showing the connections between specific hazards and diseases.