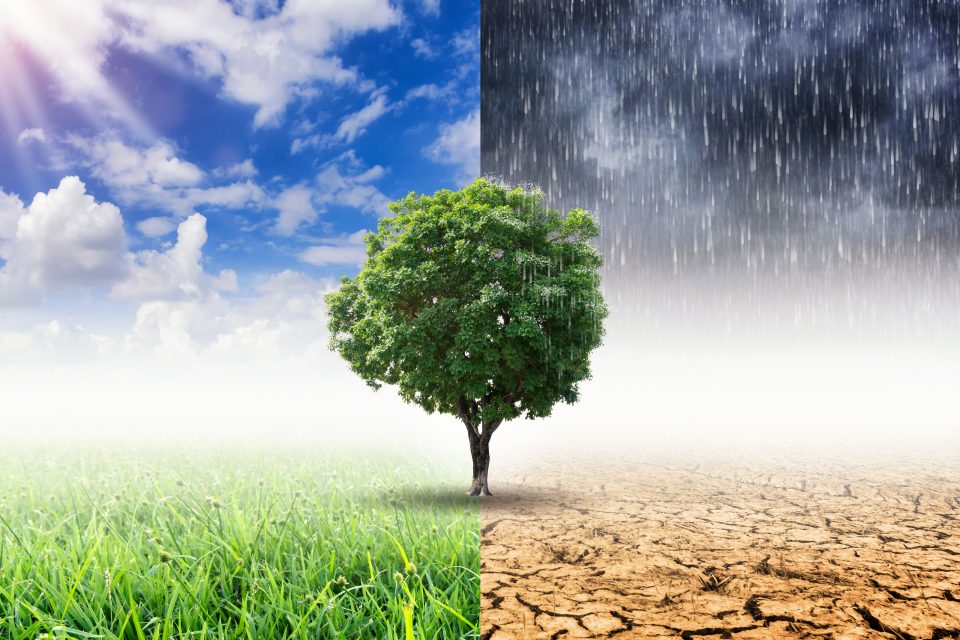 In a new study from Rutgers University, Neurology Professor Xue Ming describes how climate change is disrupting the delicate balance of nature, and what this means for human health.

Professor Ming warns that environmental shifts associated with climate change are responsible for an increase in allergies, asthma, and autoimmune, neurological, and inflammatory diseases.

“Climate change has worsened respiratory allergic disease and has altered the immune system’s tolerance in responding to toxins, which has led to an increase in the prevalence of immune diseases,” said Professor Ming.

“People with chronic respiratory allergic disease that affects the nose and eyes, such as asthma and allergies, are at particular risk due to increased exposure to pollen and the increased concentration and distribution of air pollutants.”

As a result of climate change, pollen season not only lasts longer, but also has become more intense.

“Increases in carbon dioxide were shown to lead to an increase in plant reproduction and total pollen levels, especially those plants that thrive at high carbon dioxide concentrations.”

“For example, ragweed pollen has been increasing in concentration, with models predicting that levels will increase by four times within the next 30 years.”

Professor Ming pointed out that thunderstorms, which have become more frequent as temperatures rise, have been found to increase concentrations of pollen grains at ground level. “After absorbing water, these grains can rupture and release allergenic particles that can induce severe asthmatic symptoms in patients with asthma or hay fever.”

Professor Ming said that climate change has also been linked to increased concentrations of air pollutants such as ozone and nitric oxide. “There is a growing body of evidence suggesting that these airborne environmental pollutants may be partially responsible for the substantial increase in allergic respiratory disease seen in industrialized countries over the past several decades.”

Land use and ecosystem changes also have an affect on allergies and respiratory disorders.

“Deforestation and over-logging have led to a dramatic decrease in the diversity of plant species. As one species of plant becomes extinct, new species emerge to take their place.”

“For example, as oak trees have been excessively harvested for architectural purposes, new species of trees have emerged. With these new trees come new forms of tree pollen, which are inhaled and ingested by humans on a daily basis.”

“Similarly, widespread pesticide use has altered the profile of insects, invertebrates and microorganisms with which we come into contact with through our soil and vegetation. As the environment is altered, our bodies are bombarded with novel organisms. The molecules which make up these organisms – known as antigens – are recognized as ‘foreign’ by our bodies and create an inflammatory response.”

Nearly one million species are threatened with extinction due to climate change, and biodiversity losses can impact the human microbiome. Changes in the microbiome can potentially lead to inflammatory, neurological, and autoimmune diseases, explained Professor Ming.

“Immunologic disorders, such as food allergies, are on the rise. For example, several studies have found that increases in carbon dioxide and temperature are correlated with changes in the composition of the peanut, making it more difficult for the body to adapt immunity.”

Beneficial gut bacteria are needed for the development of innate immune cells, which serve as the body’s first line of defense against infection. Professor Ming said that the disruption of gut bacteria has been linked to neurologic diseases such as multiple sclerosis, autism and Parkinson’s disease.

“In my own research, I found abnormal amino acid metabolism, increased imbalance between free radicals and antioxidants in the body, and altered gut microbiomes among some patients with autism spectrum disorder.”

When asked what steps can be taken to minimize the health risks brought on by climate change, Professor Ming said that we must end the destruction of our natural environment, decrease emissions of greenhouse gases, and adopt more green behavior.

“With research demonstrating links between the microbiome and autoimmune, inflammatory and neurologic diseases, it is critical that we minimize antimicrobial exposure. This may involve altering guidelines for the prescription of antibiotics by medical professionals.”

“In addition, given that the microbiome is directly impacted by our daily environment it is important to regularly immerse ourselves in nature and familiarize ourselves with biodiverse surroundings.”

The study is published in the International Journal of Environmental Research and Public Health.