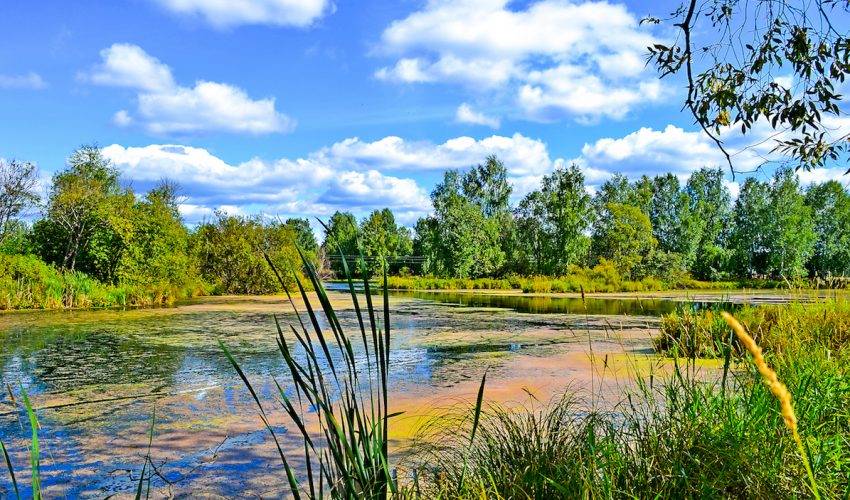 Reading the news, it may seem that warming temperatures will potentially impact pretty much everything in the world. Unfortunately, this will be another one of those news stories. Scientists have discovered yet another side effect of climate change – and this one has to do with warming temperatures in ponds.

A new study determined that warming temperatures can reduce the amount of carbon monoxide stored by ponds, as well as increasing the amount of methane they release into the air.

They determined this by conducting experiments in which they warmed a variety of ponds by 4 to 5ºC (about 39 to 41ºF) to see how the warmer bodies of water would be affected in terms of metabolism and emissions.

Professor Gabriel Yvon-Durocher of the University of Exeter is the lead author of the study. He and his colleagues at the Queen Mary University of London published their report in the journal Nature Climate Change.

“This is the first experiment to investigate the long-term effects of warming in aquatic ecosystems,” he said. “Given the substantial contribution small ponds make to the emission of greenhouse gases, it is vital to understand how they might respond to global warming. Our findings show that warming can fundamentally alter the carbon balance of small ponds over a number of years, reducing their capacity to absorb carbon dioxide and increasing emissions of methane.”

Why is this a concern? “This could ultimately accelerate climate change,” Yvon-Durocher explained.

It’s a dirty cycle known as a “positive feedback,” and it happens when effects of global warming cause consequences that further increase the rate of climate change. This phenomenon with ponds stands out because it differs from what scientists have come to expect on land.

“The amplified effects of experimental warming we have observed in ponds are different to those we typically see on land, where large initial effects of warming appear to diminish over the long term. This accelerating effect in ponds, which could have serious impacts on climate change, is not currently accounted for in Intergovernmental Panel on Climate Change models,” Yvon-Durocher said.