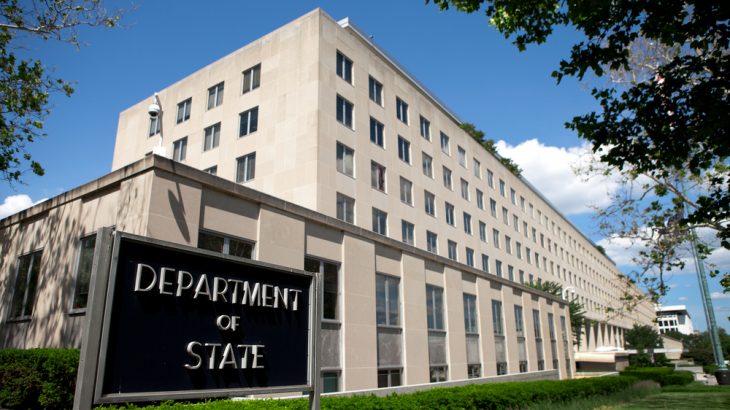 Rod Schoonover, a staff member at the State Department, had planned to deliver his written testimony to the House Intelligence Committee on Wednesday until senior officials with several different White House officers stopped him, the newspaper claimed, citing several sources within the administration.

According to those sources, the Washington Post claimed, the White House Officer of Legislative Affairs did eventually allow the intelligence agency staffer to go before the House committee, but prohibited him from submitting written testimony.

The Post was unable to reach Schoonover for comment, it said, and the White House declined to provide a comment on the matter. Other news agencies have reached out to both sources, but have not reported any statements from either Schoonover or the White House.

However, the Post was able to obtain and print the allegedly blocked testimony.

“Fundamental characteristics of the global climate are moving outside the bounds experienced in modern history and there is uncertainty on how some aspects of the climate will evolve. Given the complex social and political contexts in which a multitude of changes are occurring, however, we can expect new and compounded stresses on people and societies around the world, many with outcomes important for national security,” Schoonover wrote.

“Climate change will have wide-ranging implications for U.S. national security over the next 20 years through global perturbations, increased risk of political instability, heightened tensions between countries for resources, a growing number of climate-linked humanitarian crises, emergent geostrategic competitive domains and adverse effects on militaries,” he added.

While climate change was unlikely to bring about “state failure” alone, Schoonover wrote, the addition of climate-based stressors to already unstable regions could contribute to major conflicts and mass migration.

The intelligence community doesn’t monitor climate conditions, Schoonover noted, but it does analyze climate data collected by agencies such as NASA, the National Oceanic and Atmospheric Administration and the U.S. Geological Survey. The data from these agencies has been raising concerns, the intelligence agency staffer said.

“Absent extensive mitigating factors or events, we see few plausible future scenarios where significant – possibly catastrophic – harm does not arise from the compounded effects of climate change,” he concluded.

The full testimony, including analysis of climate data and current global political conditions, may be read at the Washington Post.