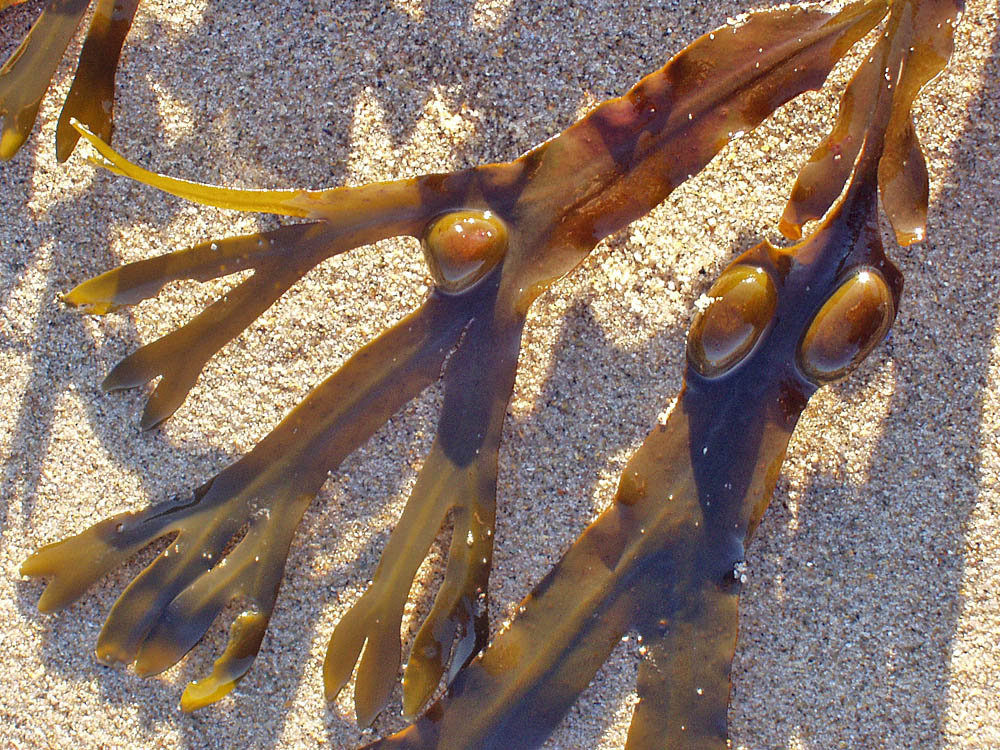 According to a study conducted by marine biologists of GEOMAR Helmholtz Centre for Ocean Research Kiel and Rostock University within the German research network BIOACID (Biological Impacts of Ocean Acidification), eutrophication – that is already known for its negative effects – and rising seawater temperatures could lead to a decline of the bladder wrack in the Baltic Sea. “It is important to consider the effects of a combination of global and local environmental factors on entire ecosystems”, Dr. Franziska Julie Werner stresses. The post-doctoral researcher in marine ecology at GEOMAR is main author of two studies published in the magazines Limnology and Oceanography and Oecologia. “Our results also illustrate how important it is to promote a successful eutrophication management in the Baltic Sea – a factor which, unlike rising global temperatures, could be achieved by national commitment.”

For the two experiments, bladder wrack from the Kiel Fjord and smaller species of algae living on it as well as grazers like isopods, amphipods and periwinkles were introduced into the Kiel benthocosms – twelve experimental tanks, each holding a water volume of one and a half cubic meters. A flow-through system continuously pumped fjord water into the benthocosms, which ensured that the basic conditions inside the tanks corresponded to the environmental conditions of the Kiel Fjord. For the first study, the seawater temperature and carbon dioxide concentrations (CO2) in half of the tanks were raised according to future climate change predictions for the Baltic Sea region. Divided into four seasonal phases, the experiment ran for one year. The second study examined the impact of increased nutrient supply in combination with “greenhouse conditions”, a combined increase of temperature and carbon dioxide concentrations.

In the first experiment, elevated CO2 concentrations did not show any effect on the bladder wrack at any season. Elevated seawater temperature, however, had a significantly negative effect on the entire Fucus system, especially in summer. After six weeks, the biomass of the bladder wrack was reduced by about one half under warmed conditions compared to that of Fucus, which was kept under present conditions. The second experiment confirmed these observations. If nutrients were added, the biomass of Fucus even decreased by 80 per cent. “The negative consequences could be observed although the increase of nutrients was very moderate”, Dr. Werner says. “Smaller species of algae that naturally grow on Fucus benefitted from the additional nutrient supply. But snails, isopods and amphipods were not able to graze these epiphytes because they suffered from the increased temperature. Fucus suffered from both, thermal stress and intensified overgrowth by epiphytes. That’s a double negative effect.”

Eutrophication is one of the oldest environmental problems of the Baltic Sea. So far, European water management directives have not fully achieved their objective of a good chemical and ecological status, the scientists argue. This is partly due to the slow water exchange in the Baltic, which causes nutrients to circle in the system for a rather long time. Secondly, the Baltic Sea drainage area is characterized by intense agriculture. Over-fertilized fields and factory farms still lead to an excess of nutrients, which sooner or later end up in the ocean. “Climate change does not only entail changes in temperature, but also changes in precipitation patterns”, Dr. Werner says. “Increased run-offs from land due to stronger rainfalls could carry additional nutrient loads from industrial agriculture into the coastal waters of the Baltic Sea.”

The experiment of the Kiel marine biologists shows how local environmental factors such as eutrophication may amplify the effects of global factors such as rising temperatures and ocean acidification. “The management of ecosystems such as the Baltic Sea therefore needs to take area-specific factors into account”, Dr. Werner advises. “The results of our study suggest that efforts to mitigate local perturbation such as nutrient enrichment in the Baltic Sea could pay off in the future, because it might help key species such as the bladder wrack to better cope with the effects of climate change and to maintain their ecosystem services.” For a comprehensive forecast, however, plenty of other factors have to be considered.