Climate change is setting the stage for new pandemics • Earth.com 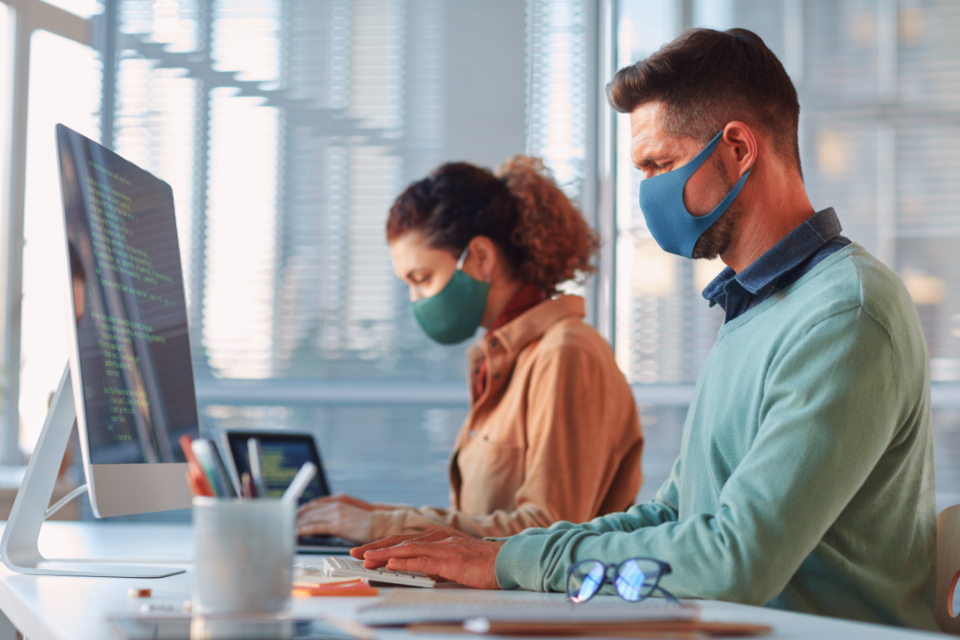 Climate change is setting the stage for new pandemics

A new study led by scientists at Georgetown University suggests that climate change will lead to the emergence of new viral diseases that threaten animals and humans alike. The experts predict that as global temperatures rise, animals will move in search of more suitable environments in which to live. This will bring them into contact with other species, and with humans, increasing the chances of viral transmission.

The study, published today in the journal Nature, represents the first comprehensive assessment of how climate change will restructure the global mammalian virome. As species shift their geographic ranges, predict the authors, they will embark on journeys that bring them into contact with other mammalian species for the very first time. In this way, thousands of viruses will be shared and different mammalian species may act as stepping stones for diseases to enter human populations.

Additionally, it is likely that many species will find new suitable habitats in the same places as human settlements, increasing the risk that viruses will spill over into human hosts. According to the authors, this process may already be underway in today’s world that is 1.2 degrees warmer, on average.

One primary concern is that animal habitats will move disproportionately into the same places as human settlements, creating new hotspots of spillover risk. These range shifts will bring greater opportunities for viruses like Ebola and coronaviruses to emerge in new areas. This will make them more difficult to track and will increase the ease with which they can “jump” into new hosts, such as humans.

“The closest analogy is actually the risks we see in the wildlife trade,” said study lead author Dr. Colin Carlson. “We worry about markets because bringing unhealthy animals together in unnatural combinations creates opportunities for this stepwise process of emergence – like how SARS jumped from bats to civets, then civets to people. But markets aren’t special anymore; in a changing climate, that kind of process will be the reality in nature just about everywhere.”

The findings of the study are particularly pertinent to bats, which are often vectors in viral disease sharing. Bats are able to travel long distances and they carry many different viruses, meaning that they will be mammals of concern as global warming forces them to seek out new habitats in future. Because Southeast Asia is a global hotspot of bat diversity, the authors feel this may be a center of viral emergence in future.

“At every step,” said Carlson, “our simulations have taken us by surprise. We’ve spent years double-checking those results, with different data and different assumptions, but the models always lead us to these conclusions. It’s a really stunning example of just how well we can, actually, predict the future if we try.”

“This mechanism adds yet another layer to how climate change will threaten human and animal health,” said study co-lead author Dr. Gregory Albery. “It’s unclear exactly how these new viruses might affect the species involved, but it’s likely that many of them will translate to new conservation risks and fuel the emergence of novel outbreaks in humans.”

The researchers suggest that climate change will become the biggest risk factor in disease emergence in future, exceeding other risk factors such as the trade in wildlife and the large-scale, intensive production of crops and animals. They say the solution is to focus on wildlife disease surveillance along with real-time studies of environmental change.

“When a Brazilian free-tailed bat makes it all the way to Appalachia, we should be invested in knowing what viruses are tagging along,” said Dr. Carlson. “Trying to spot these host jumps in real-time is the only way we’ll be able to prevent this process from leading to more spillovers and more pandemics.”

“We’re closer to predicting and preventing the next pandemic than ever. This is a big step towards prediction – now we have to start working on the harder half of the problem.”

“The COVID-19 pandemic, and the previous spread of SARS, Ebola, and Zika, show how a virus jumping from animals to humans can have massive effects. To predict their jump to humans, we need to know about their spread among other animals,” said Sam Scheiner, a program director with the US National Science Foundation, which funded the research. “This research shows how animal movements and interactions due to a warming climate might increase the number of viruses jumping between species.”