Climate change to cause more landslides in the Pacific Northwest • Earth.com 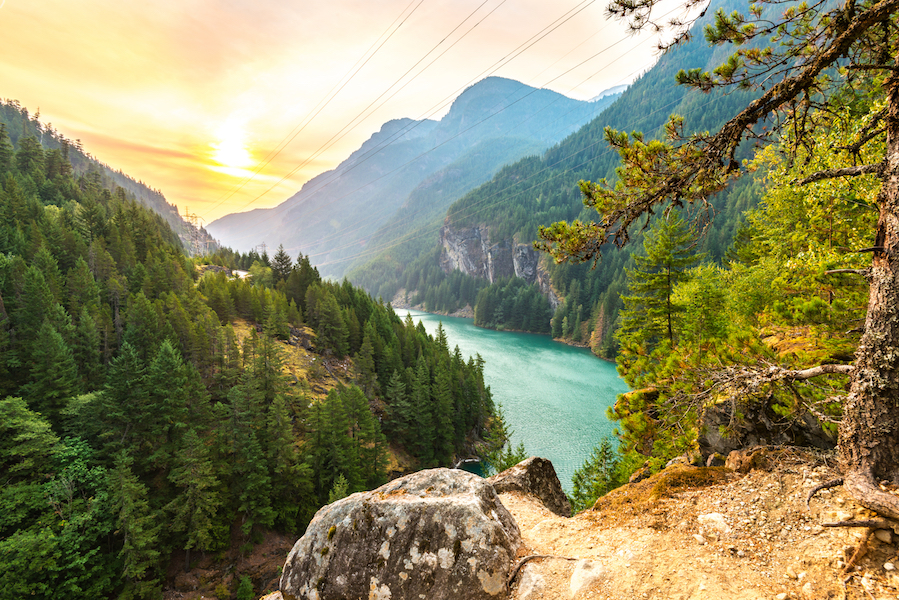 Climate change to cause more landslides in the Pacific Northwest

In the first study to examine climate-influenced landslides in the Pacific Northwest, researchers from Washington State University have determined that the changing climate will cause landslides to become more widespread on logged landscapes.

As climate change brings earlier snowmelt and more rain to the Northwest, clear-cut land will become highly vulnerable to landslides. Less vegetation means that there are no leaves to intercept rain and no deep roots to keep the soil stable when saturated.

“Wet soil is not cohesive, so it becomes very unstable,” said study co-author Jennifer Adam. “If you don’t have a lot of vegetation and deep roots holding that soil in place, then it becomes susceptible to landslides.”

By modelling the Olympic Peninsula with the climate of 2045, the research team found there will be a 7 to 11 percent increase in the amount of land vulnerable to landslides in this region. The findings can also be applied to the Cascade Mountain Range area as well, according to the researchers.

Adam explained that this study can serve as not only a warning for land managers but also as a tool to help them identify vulnerable slopes and make more well-informed land use decisions. The research showed that the most vulnerable slopes are at elevations over 1,600 feet and have slopes at 40 or more degrees with sandy soils.

“This study allowed us to look at exactly what characteristics of the landscape became more susceptible, allowing us to identify win-win situations in which both environmental and economic outcomes can be improved by targeted logging locations,” said Adam.

In 2014, the deadliest landslide in the history of the United States took place in Washington state. 270 million cubic feet of mud plowed into a neighborhood outside Oso, Washington, killing 43 people and demolishing 49 homes. A subsequent engineering report revealed that recent logging in the area likely increased the amount of water on the slope, yet the report did not pinpoint this as the single cause of the event.

Lead author Muhammad Barik explained that this study “is telling people, if you are cutting trees on this slope, it might be OK today. But in the future, it might not be, so plan according to that. If you do logging in this area without considering future projections, it might become susceptible to landslides.”

The research is published in Engineering Geology.