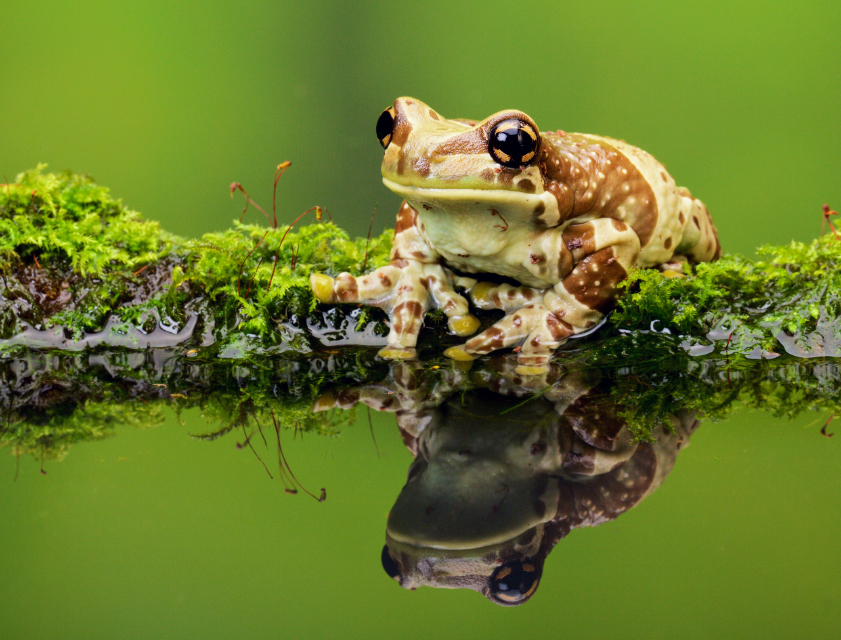 Researchers from Binghamton University’s Department of Biological Sciences have found that climate change might have a significant role in diminishing the capacity of wood frogs to withstand road salt pollution.

Each winter, over ten million of metric tons of salt are applied to roadways in the United States. Later, due to snow melting and spring rains, the salt is washed off, increasing the salinity of nearby woodlands and proving toxic to amphibians and other freshwater species, particularly those whose behavioral patterns are currently affected by climate change.

As a result of global warming, spring comes earlier in the northeastern United States and is more variable in temperature and precipitation rates than it used to be. Such shifts have rippled through ecosystems, affecting spring-breeding amphibians such as wood frogs, who might be lured by “false springs” to mate too early.

In an experimental study, scientists removed frog eggs from the environment in which they were laid and raised them in the laboratory. The experts discovered that eggs which were laid later in the mating season by parents exposed to additional winter storms were less likely to withstand saline pollution.

The scientists suspect that earlier-breeding frogs were exposed to less temperature-induced stress hormones than those that bred later, giving them a better ability to acclimate to increased salt levels in their environment.

“Chronically elevated stress hormones can have cascading impacts on other hormones, such as those related to homeostasis, growth or reproduction,” explained study co-author Lindsey Swierk, an assistant research professor of Biology at Binghamton University.

Although immediate mitigation strategies addressing these climate patterns are very difficult to implement, local management should be made aware of the negative effects road salt pollution have on the amphibians whose behavioral patterns are affected by climate change.

“Our results suggest that the effects of climate change on wood frog breeding are complex, depending on the severity of freezing events from year to year, and are interactive with other human-introduced stressors like contaminants,” concluded Professor Swierk.

The study is published in the journal Frontiers in Zoology.