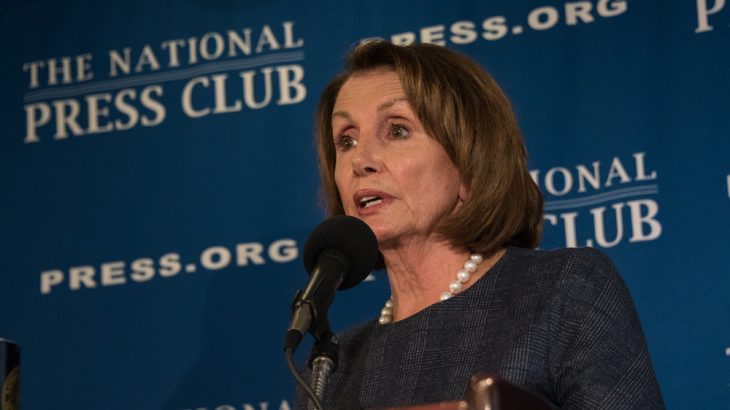 Nancy Pelosi will reinstate a special climate change panel when the new Congress begins, and has selected Florida Rep. Kathy Castor to lead it.

The climate change panel will be similar to one created by Democrats in 2007. It was axed in 2011, when the Republican Party took control of the House of Representatives.

Membership and scope of the panel is still a work in progress, but it is unlikely to have subpoena authority. Still, the climate change panel could help shape how Congress responds to environmental issues, Pelosi said.

“Congresswoman Castor is a proven champion for public health and green infrastructure, who deeply understands the scope and seriousness of this threat. Her decades of experience in this fight, both in Florida and in the Congress, will be vital,” Pelosi said in a statement.

Pelosi called Castor an “outstanding leader” on the House Democratic Environmental Message Team and the Energy and Commerce Committee.

Castor accepted the position on the climate change panel with promises to focus on green jobs and reducing carbon pollution.

“The costs of the changing climate and extreme weather events pose greater risks every day to American families, businesses and our way of life,” Castor said.

While the committee won’t have subpoena authority, it is unlikely to need it, Maryland Democrat Steny Hoyer told The Guardian. Hoyer, the incoming House majority leader, said scientists and other experts will be lining up to testify before Congress on climate issues.

“I think they’ll want to give the best information as it relates to the crisis,” he said.

Announcement of the climate change panel comes as many younger Democrats, including soon-to-be Rep. Alexandra Ocasio-Cortez of New York, are calling for a “Green New Deal” that includes new clean energy jobs.