Climate change could bring an end to the truffle industry • Earth.com 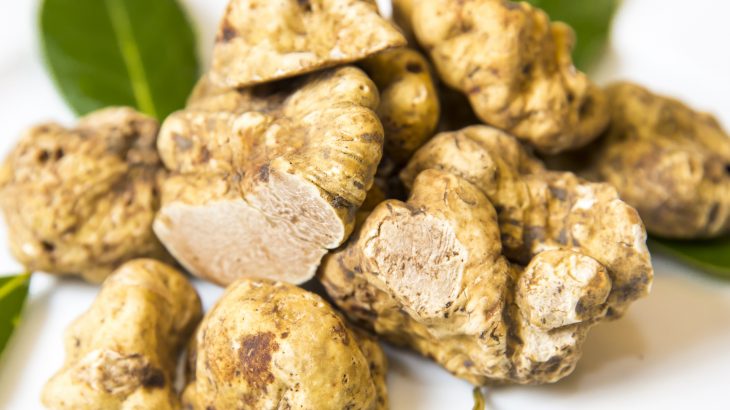 Climate change could bring an end to the truffle industry

Truffles are a delicacy prized for their unique, musky flavor. But due to their limited growing season, difficulty to cultivate, and rare qualities, truffles are also very expensive.

Some truffles can cost upwards of $1,500 per pound and the truffle industry is worth millions.

Reports suggest that the truffle industry could soon be worth 4.5 billion UK pounds over the next ten to twenty years, but a new study projects a much grimmer outlook for the world’s most prized mushroom.

A new study conducted by researchers from the University of Stirling predicts that the truffle industry could all but disappear due to climate change in the next 50 years.

Climate change will make for hostile conditions for truffles with temperatures expected to increase along with droughts and precipitation expected to decrease.

If European truffle production is wiped out by climate change, the researchers say it will have a major economic impact.

“We risk losing an industry worth hundreds of millions of pounds to the economy,” said Paul Thomas, the leader of the study which was published in the journal Science of the Total Environment. “However, the socio-economic impact of the predicted decline could be substantially larger as truffle harvesting, and related activities form a key component of local history and cultural activity.”

Truffle production could drop by 78 to 100 percent by 2100, according to Thomas.

“However, the decline may well occur in advance of this date, when other climate change factors are taken into account, such as heatwaves, forest fires, drought events, pests, and disease,” said Thomas.

Next, the researchers used the data to create climate model projections for the future and found climate change could severely decline truffle production in Europe.

“This is a wake-up call to the impacts of climate change in the not-too-distant future,” said Thomas. “These findings indicate that conservational initiatives are required to afford some protection to this important and iconic species. Potential action could include the expansion of truffle plantations into new territories of a more favorable future climate.”