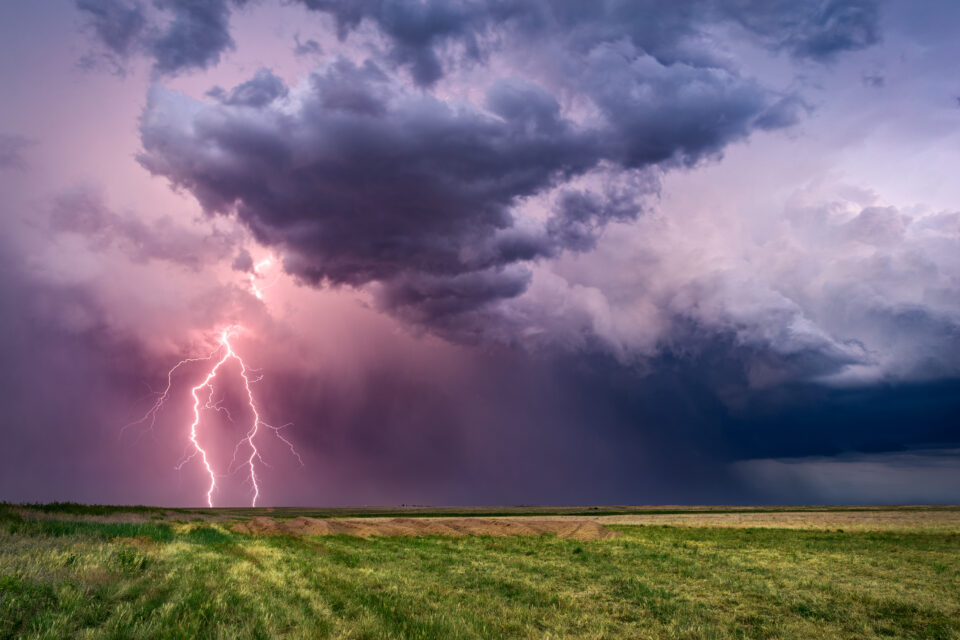 A new study led by the Newcastle University has found that climate change could alter lightning patterns across Europe. By using state-of-the-art Met Office climate simulations with the highest local details in meteorological and topographic features down to two kilometers, the experts estimated that global warming could lead to more lightning over mountains and in Northern Europe and less lightning over Central Europe.

By taking into consideration an unmitigated climate change scenario (the so-called RCP.8 scenario), the researchers discovered that, in the future, Europe will face more frequent and powerful storms overall, but less lightning locally due to less cloud ice and frozen particles in storm clouds due to temperature rises. While at higher altitudes, such as the Alps, there will be more lightning, on the lower terrain in central Europe and over the sea, there will likely be less lighting.

These changes could lead to an increased risk of wildfires over the mountains and in Northern Europe. “While more frequent lightning strikes over mountains and in Northern Europe might trigger more wildfires in higher level forests, we are going to see relatively fewer lightning hazards over more populated areas of Central Europe,” said study lead author Abdullah Kahraman, a senior researcher in Severe Weather and Climate Change at Newcastle.

“These new very high-resolution climate projections, which have a resolution on a par with weather forecast models, are providing new insights into future changes in convective storms and their associated hazards – such as heavy downpours, lightning, hail and wind gusts,” added study co-author Lizzie Kendon, a science fellow at the Met Office. “Changes in lightning in this study are in contrast with previous studies. This shows us that representing the fundamental physical processes within storms themselves is important and can lead to future changes that are even of the opposite sign.”

According to the scientists, these findings highlight the need to re-evaluate lightning risks to wildfires, properties, and human life and wellbeing across the European continent. “This is just more bad news for critical national infrastructure in northern Europe, after the damning report ‘Readiness for storms ahead? Critical national infrastructure in an age of climate change’ by the Joint Committee on the National Security Strategy last week. Our paper has highlighted new risks from increases in lightning, previously unknown, which will require increased investment in climate adaptation measures. Further analysis is needed of the potential impact of these increases in lightning on energy and other critical infrastructure systems to enable policies and measures to be produced that are locally- and sector-relevant for adaptation planning,” concluded co-author Hayley Fowler, an expert in Climate Change Impacts at Newcastle.