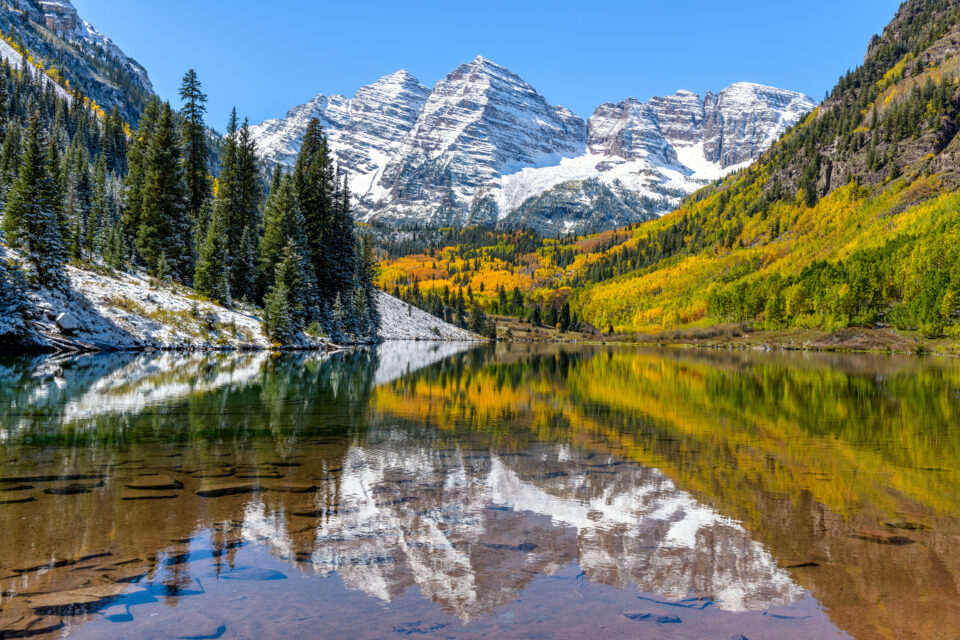 Most climate change projections predict that warming temperatures will bring less snow accumulation and increase the proportion of snow that melts during winter in the northern regions of the Northern Hemisphere. This means less water will be available in ecosystems currently reliant on the slow melting of frozen water during the spring and summer. In addition, the supply of this water will be more variable in terms of timing and availability.

According to a comprehensive new climate change study led by researchers from the National Center for Atmospheric Research (NCAR), even if these northern regions keep receiving the same amount of annual precipitation, streamflow will become more variable and unpredictable.  As the quantity and timing of water from snow-melt runoff becomes less predictable, the supply of this resource in the snow-dominated northern regions will more closely reflect the stochastic character of rainfall.

“Water managers will be at the whim of individual precipitation events instead of having four-to-six months lead time to anticipate snowmelt and runoff,” said study lead author NCAR scientist Will Wieder. “Water management systems in snow-dominated regions are based on the predictability of snowpack and runoff, and much of that predictability could go away with climate change.”

In the study, published recently in the Proceedings of the National Academy of Sciences, scientists made use of an advanced set of computer simulations to understand the potential impacts of changes in temperature and precipitation on future snow accumulation and runoff patterns in the Northern Hemisphere. Their specific focus was how variability in water resources could affect water availability in ecosystems previously dependent on the slow melt of snow during spring and summer.

Wieder and his co-authors used simulations derived using the powerful NCAR-based climate model: the Community Earth System Model, version 2. They drew on a recently created database of simulations, known as the CESM2 Large Ensemble, to compare a past period (1940-1969) with a future period (2070-2099). The simulations were run on the Aleph supercomputer at the Institute for Basic Science supercomputer in Busan, South Korea.

The results show that the decline in snowpack which is already being observed in places will become more pronounced by the end of the century. The modeling predicts that by this time, the amount of water contained in snowpack in parts of the U.S. Rocky Mountains could have plummeted by nearly 80 percent. This is likely to have huge consequences for ecosystems that depend on reliable water from snow melt. For example, the combination of more snow-free days and longer growing seasons will lead to water shortages, drying soils and increased fire risks in some ecosystems.

The simulations predict about 45 more snow-free days per year in the Northern Hemisphere by 2100. This assumes that emissions of greenhouse gasses will continue at a high rate (a scenario known as SSP3-7.0), although Wieder admits that the most severe impacts on snowpack, runoff, and ecosystems would likely be avoided if society successfully reduced greenhouse gas emissions.

The regions that rely the most on predictable relationships between snowpack and runoff will experience the largest loss in predictability because of a sharp decline in reliable pulses of spring runoff. These regions include the Rocky Mountains, Canadian Arctic, Eastern North America, and Eastern Europe. The authors warn that this will substantially complicate the management of freshwater resources, both for society and for ecosystems.

“We are in a race with predictability when it comes to streamflow because we’re trying to improve our forecasts through better data, models, and physical understanding, but these efforts are being canceled by the rapid disappearance of our best predictor: snow,” said study co-author Professor Flavio Lehner. “It might be a race we’ll lose, but we’re trying to win it, and that is why we need to study these topics.”

The simulations also showed that, although the reduced runoff will result in drier summertime soil conditions in much of the Northern Hemisphere, certain regions – including East Asia, the Himalayas, and Northwestern North America – will maintain soil moisture because of increased rainfall.

“Snow-related metrics are critical for informing society’s management of precious water resources,” said study co-author Keith Musselman, a hydrologist at the University of Colorado Boulder. “As utilities and civil works agencies plan new reservoirs and other infrastructure to adapt to a changing climate, we must address basic research questions about the changing characteristics of winter snowpack and resulting streamflow that we have long relied upon.”

The experts state that understanding variability in water resources in future is also critical to assessing the likelihood of extreme events such as floods and droughts, and identifying when tipping points may be reached that fundamentally alter the functioning of ecosystems.