Clothes dryers release millions of microfibers into the air • Earth.com 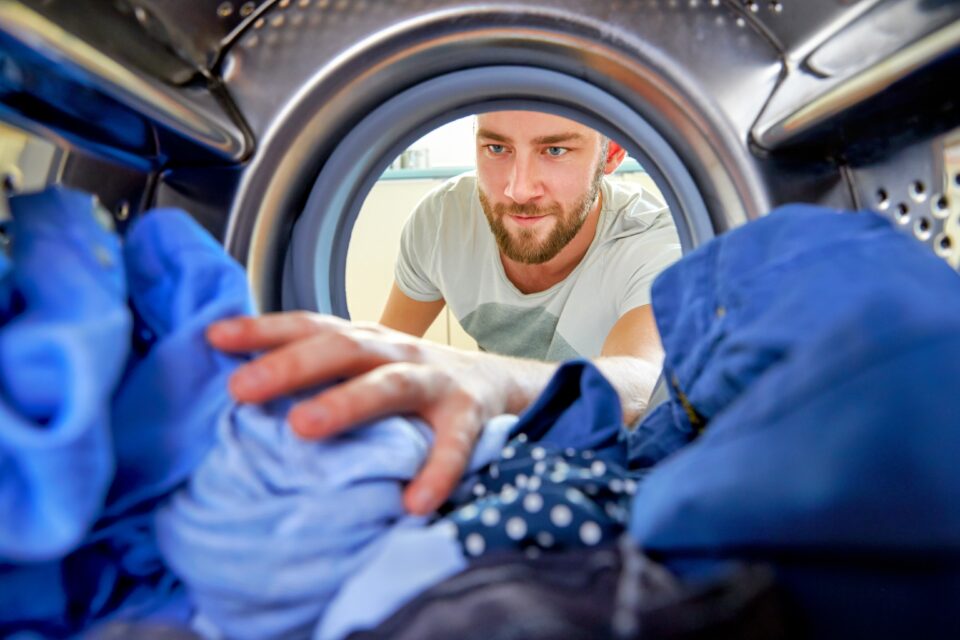 Clothes dryers release millions of microfibers into the air

Clothes that are dried regularly in a household tumble dryer eventually lose their “fluffiness” and become threadbare. Ever wonder what happens to the fibers that come off these clothes? We know that clothes lose microfibers while being churned around in a washing machine, but little is known about the relative contribution of air from clothes dryers to the problem of microfiber pollution in the environment.

In a new study from City University of Hong Kong, experts report that air released from a household dryer could discharge up to 120 million microfibers annually, which is considerably more than the discharge in wastewater from a washing machine.

Microfibers are ultra-fine threads of fabric that have a diameter of less than 10 micrometers, about one-fifth of the diameter of a human hair. Microfibers can arise from synthetic fabrics such as polyesters, polyamides (nylon, Kevlar) and polypropylene, that are used to make clothing, upholstery and accessories.

These synthetic fibers are environmentally unfriendly because they are not biodegradable, are manufactured from petrochemicals which are non-renewable, and are highly flammable. The authors state in the study that the global use of synthetic fibers has increased, and that the use of polyester fibers in particular has reached 76.66 million tons per year and now accounts for 55% of the global clothing market.

Synthetic microfibers also form part of the category of pollutants known as microplastics. When synthetic fabrics are laundered, the waste water is released into aquatic environments carrying a significant load of microfibers. Microfibers pose a threat to aquatic organisms and their environment. Additionally, these persistent microplastics have been found in air, in terrestrial environments and in the feces of humans and some domestic animals. The fibers can be irritants when ingested or inhaled, and can also absorb and transport pollutants over long distances.

In the study by Danyang Tao, Kai Zhang and Kenneth Leung, microfibers generated by both cotton and polyester clothing while in a dryer were collected and counted in order to estimate the quantity released into the outdoor air from a household’s laundry each year. The researchers dried clothing items made of polyester and those made of cotton separately in a tumble dryer that had a vent pipe to the outdoors.

They connected the outlet pipe to an air sampling machine that measured the volume of air passing through and collected the suspended particles. The microfibers were filtered onto filter paper and the particles that had been airborne in the sample were counted. The air sampling machine ran for 15 minutes for each sample.

The results showed that both types of clothing produced microfibers which, according to the team, probably arise from the friction of the clothes rubbing past each other as they tumble around. For both fabrics, the dryer released between 1.4 and 40 times more microscopic fragments than are generated in waste water by washing machines. (A pair of jeans can release around 56,000 microfibers into the waste each time it is washed.)

Finally, the team estimated that between 90 and 120 million microfibers are produced and released into the air outside by the average single Canadian household’s dryer every year. The experts suggest that additional filtration systems need to be fitted to dryer vents in order to control the release of these airborne microfibers into the environment.

The study is published in the ACS journal Environmental Science & Technology Letters.