Clownfish get their stripes at different rates depending on their host • Earth.com 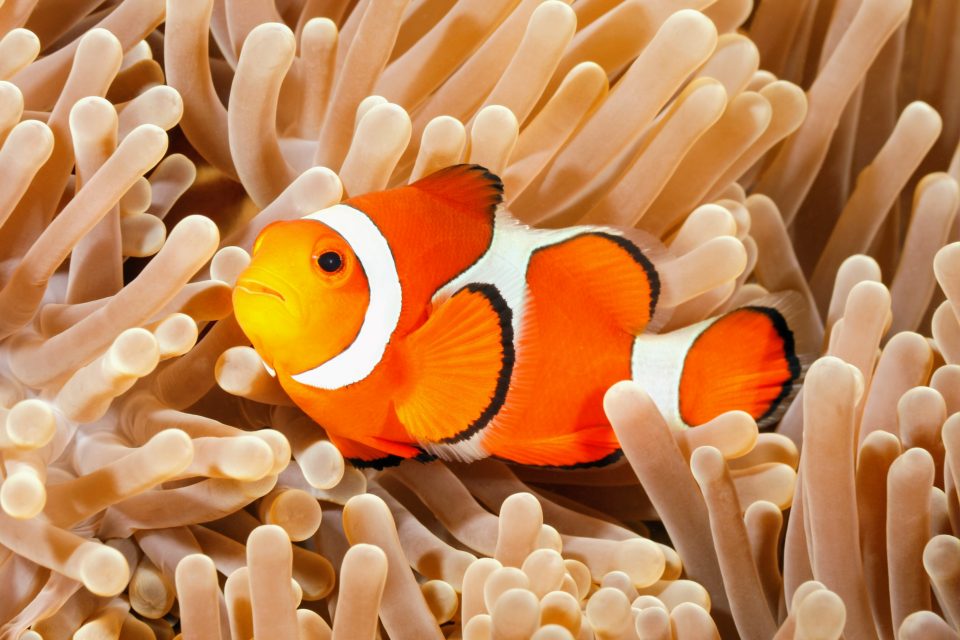 Clownfish get their stripes at different rates depending on their host

Clownfish develop their stripes at different rates depending on the species of sea anemone in which they live, according to a new study. The research also revealed that thyroid hormones are responsible for how quickly the stripes appear, through changes in the activity of a gene called duox.

“Metamorphosis is an important process for clownfish – it changes their appearance and also the environment they live in, as clownfish larvae leave life in the open ocean and settle in the reef,” said Professor Laudet.

“Understanding how metamorphosis changes depending on the sea anemone host can help us answer questions not only about how they adapt to these different environments, but also how they might be affected by other environmental pressures, like climate change.”

The study was initially focused on the clownfish species Amphiprion percula in Kimbe bay, Papua New Guinea. In this region, clownfish live either in the magnificent sea anemone, Heteractis magnifica, or the more toxic giant carpet anemone, Stichodactyla gigantea.

“We were really interested in understanding not only why bar formation occurs faster or slower depending on the sea anemone, but also what drives these differences,” said study first author Dr. Pauline Salis.

In an experiment in the lab, the team worked with the clownfish, Amphiprion ocellaris, a close relative of Amphiprion percula. The researchers treated larval clownfish with various doses of thyroid hormones, which are known to trigger metamorphosis in frogs.

“The big surprise was that out of all these genes, only 36 genes differed between the clownfish from the two sea anemone species,” said Professor Laudet. “And one of these 36 genes, called duox, gave us a real eureka moment.”

The findings suggest that increased activity of duox leads to higher levels of thyroid hormones, as well as a faster rate of stripe formation, in clownfish living in the giant carpet anemone.

For scientists, the research raises new questions, including the ecological reason for variation in the rate of white bar formation. The researchers said that one possible explanation is that since the giant carpet anemone is more toxic, thyroid hormone levels increase as a response to stress.

“Here at OIST, we’re starting to delve into some possible explanations,” said Professor Laudet. “We suspect that these changes in white bar formation are just the tip of the iceberg, and that many other differences are present that help the clownfish adapt to the two different sea anemone hosts.”