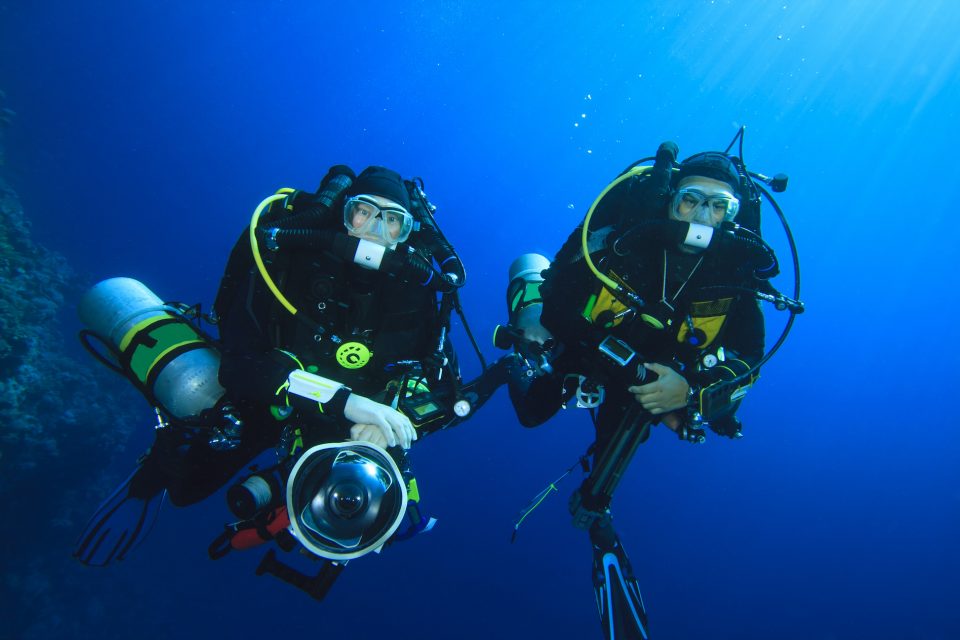 Carbon capture technology has been gaining traction in recent years as researchers and engineers work to mitigate carbon emissions, but the execution of many new carbon capture methods is costly and requires a great deal of energy.

The inspiration for the new process came from scuba diving rebreathers. Scuba divers inhale air through a regulator that is attached to a tank of oxygen, but with every inhale, the exhale is released through the regulator into the water. However, rebreathers work a little differently and are the preferred choice for longer dives.

With rebreathers, instead of exhaled air escaping into the water, air is recycled, CO2 is filtered out, and divers essentially keep breathing their same air over and over again.

Scuba rebreathers use soda lime, a mixture of calcium and sodium, to scrub CO2 from the cycled oxygen. This ensures that the diver isn’t inhaling dangerous amounts of CO2 and the soda lime acts as a sorbent and collects CO2 molecules.

The ORNL researchers found a way to copy this soda lime scuba system for carbon capture of CO2 flue gas from power plants.

The researchers detailed their findings and new method in a study published in the journal Chem.

First, the team stumbled upon a class of organic compounds called bis-iminoguanidines (BIGs) which can bind and separate negatively charged ions.

The researchers were able to create a CO2 scrubbing method using a solution of the BIG compounds that causes CO2 molecules from carbon emissions to stick to the solution and crystalize, similar to the rebreather.

Later, this solid can be heated up and stored, and the solution can be reused indefinitely.

“The main advantage of our ‘organic soda lime’ is that it can be regenerated at much lower temperatures and with significantly less energy consumption compared to inorganic scrubbers,” said Radu Custelcean, a senior author of the study. “The lower energy required for regeneration is expected to significantly reduce the cost of carbon capture, which is critical considering that billions of tons of CO2 need to be captured every year to make a measurable impact on the climate.”

It may take some time before the new technology can be applied in the real world over a large scale because the process has a limited capacity for CO2 absorption, but the researchers are working to overcome these limitations.