Catalyst in converting coal to fuel could help with carbon capture • Earth.com 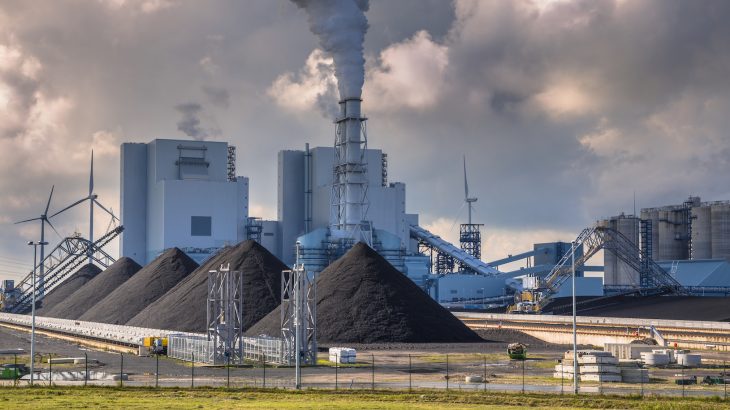 Catalyst in converting coal to fuel could help with carbon capture

Carbon capture is becoming an incredibly important component to consider when developing methods to reduce emissions and mitigate climate change.

Even with a shift towards renewable and sustainable energy, coal has remained a dominant energy source. Experts predict that coal will continue to serve as one of the world’s main energy sources over the next few decades and with that, carbon emissions will continue to accumulate in the atmosphere.

Finding a way to capture carbon in the early stages of fuel conversion could help keep emissions in check.

Researchers from the National Institute of Clean-and-Low-Carbon Energy in Beijing and Eindhoven University of Technology have developed a new kind of catalyst for coal to fuel conversion that has a great deal of promise in reducing fuel costs and power plant emissions.

A study detailing the catalyst and the researchers’ methods was published in the journal Science Advances.

A large majority of coal is used in CTL, the process that converts coal to liquid fuel. CTL starts changing coal to syngas, a mixture of carbon monoxide and hydrogen. A process called the Fisher-Tropsch process converts the syngas to a liquid fuel.

Converting coal to liquid fuels with this process creates a great deal of unwanted CO2 as a byproduct. As much as 30 percent of carbon monoxide is converted into CO2 in CTL.

For this study, the researchers worked on finding a better process for CTL that produces less CO2 and makes carbon capture easier.

CO2 release in CTL is caused by impure iron-based catalysts according to the researchers. Catalysts are crucial to jumpstarting chemical reactions, like converting coal to fuel, and so the researchers created a pure catalyst using epsilon iron carbide.

Epsilon iron carbide generates almost no CO2 during the Fischer-Tropsch process and the researchers say this could reduce operating costs for CTL plants by 2.5 million euros per year.

The study offers a cleaner solution to coal CTL for countries that prioritize fossil fuels and paves the way for new advances in energy conversion in the future.

“We are aware that our new technology facilitates the use of coal-derived fossil fuels,” said  Emiel Hensen, a lead researcher for the study. “However, it is very likely that coal-rich countries will keep on exploiting their coal reserves in the decades ahead. We want to help them do this in the most sustainable way.”