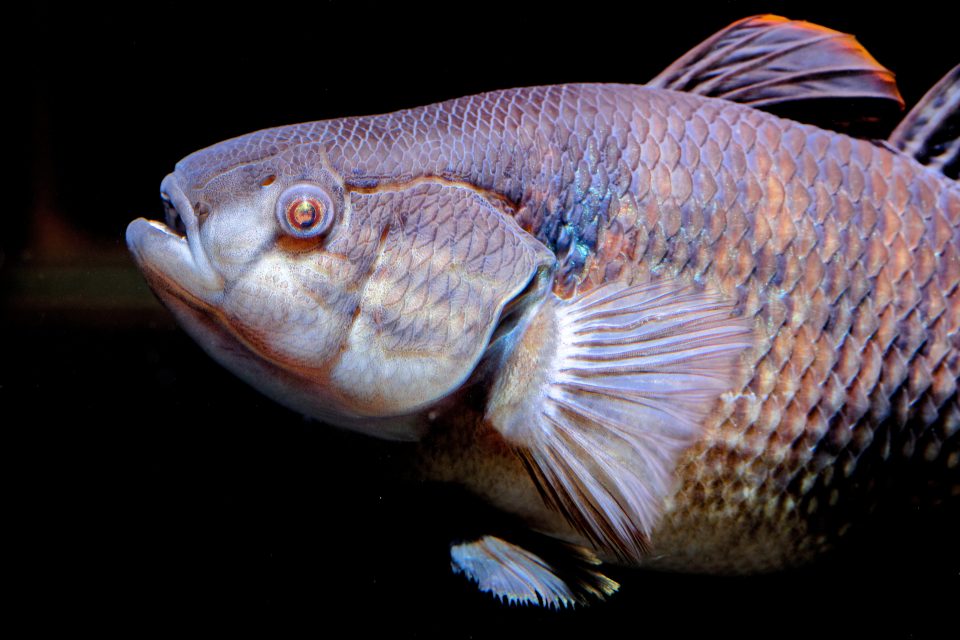 It was once thought the coelacanth – a strange lobe finned fish related to lungfish – was extinct. For a long time, science only knew this strange order of fishes from the fossil record. Then, as fate would have it, a fisherman accidentally caught one of these rare fish alive.

Coelacanths are enormous in size, but also live deep in the ocean. The inaccessibility of their habitat combined with their scarcity means that coelacanths are rarely seen or studied. A new study published by Cell Press contradicts some of what we thought we knew about these mysterious fish.

Early research tried to calculate coelacanth age by counting the rings in their scales. This research estimated that the fish only lived for roughly 20 years, which would make them one of the fastest growing of all fishes. This seemed unusual for a fish with a slow metabolism and low reproduction rate, traits usually associated with slower growing fishes.

The researchers found that their oldest specimen was 84 years old, and that coelacanths do not reach maturity around the age of 55.

The technique is similar to counting rings on a tree or rings in the otoliths of other fishes but complicated by the necessary imagery technology.

“We demonstrated that these circuli were actually annual growth marks, whereas the previously observed macro-circuli were not,” said Mahé. “It meant that the maximum longevity of coelacanth was five times longer than previously thought, hence around a century.”

“Coelacanth appears to have one of, if not the slowest life histories among marine fish, and close to those of deep-sea sharks and roughies.”

A new study is already being planned to examine the chemistry of coelacanth scales and determine if the growth rate is related to temperature. It seems this Lazarus fish still has some surprises ahead for us.