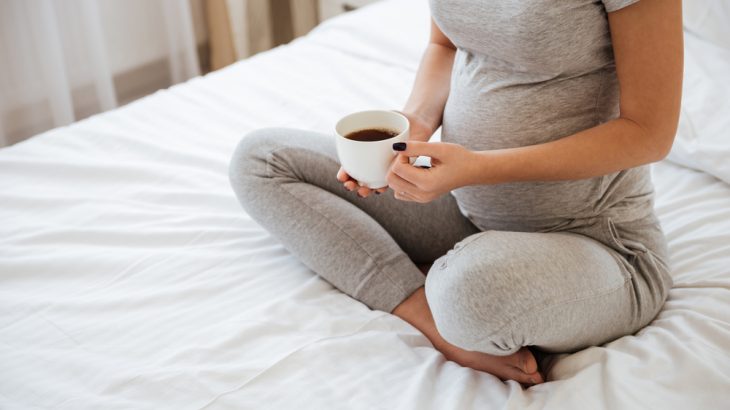 Want a healthy baby? Skip the caffeine. Drinking coffee when pregnant has been linked to smaller infant birth weight – and tea isn’t much better.

A new study found that even women who drink less than 200 milligrams of caffeine each day, as recommended by the American College of Obstetricians and Gynecologists, have a higher risk of premature birth and low birth weight than women who drink no caffeine at all.

“Based on the consistent associations we observed, and because many pregnancies are unplanned, we would recommend women who are pregnant or seeking to become pregnant to at least limit their intakes of caffeinated coffee and tea,” lead author Dr. Ling-Wei Chen of University College Dublin told news agency Reuters.

The team of researchers worked with 941 mothers and children in Ireland. About 40 percent drank coffee while pregnant, and around half drank tea.

They found that every 100mg of caffeine the women drank while pregnant was linked to a 2.5-ounce dip in birth weight on average. Caffeine intake was also linked to earlier births and shorter length in new infants.

On average, the infants of the women who drank the most caffeine were 6 ounces lighter at birth than the babies whose mothers abstained. It didn’t matter if the caffeine came from coffee or tea, the researchers found.

“High caffeine intake can result in restricted blood flow in the placenta which may subsequently affect fetal growth,” Chen told Reuters. “Caffeine can also cross the placenta readily, and because caffeine clearance slows as pregnancy progresses, caffeine accumulation may occur in fetal tissues.”

The new study adds to a growing body of literature that links caffeine intake to newborn health and birth weight. It also underlines that current recommendations that women drink less than 200mg of caffeine per day may be too high.

The study has been published in The American Journal of Clinical Nutrition.