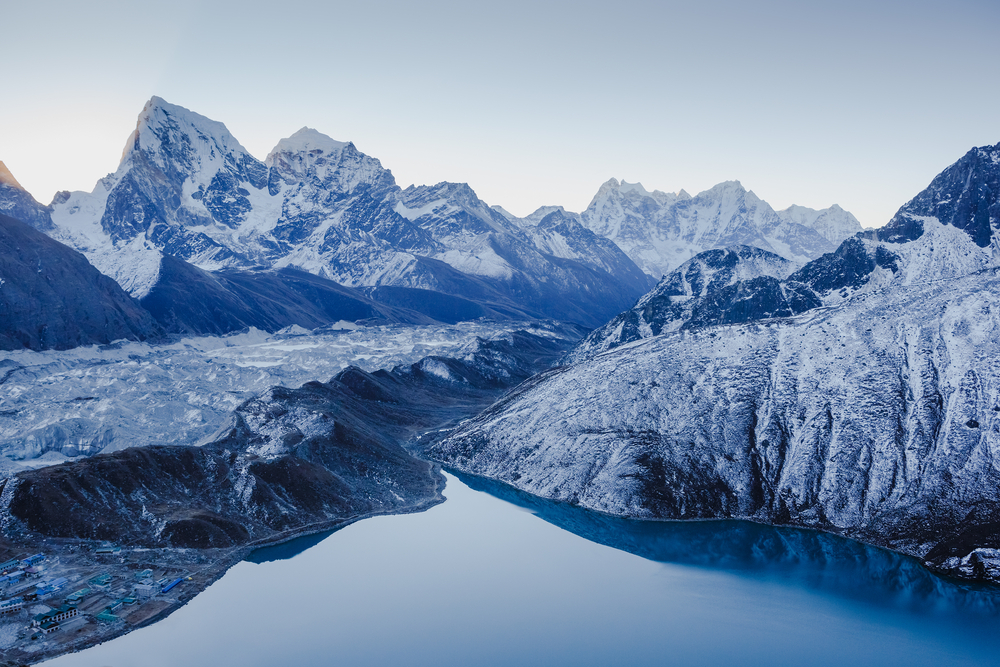 Cold War-era spy satellite images have provided a point of comparison to demonstrate just how much the Himalayas have been affected by climate change.

During the 1970s and 1980s, a United States spy program known as Hexagon launched 20 large reconnaissance satellites to survey particular areas of interest surrounding the Soviet Union. The photographs were declassified in 2011 and given to the U.S. Geological Survey for review.

Historical data for the Himalayan region is difficult to come by, due to the rough conditions and remoteness of the area. But the spy satellite photos can be compared to more recent images taken by NASA to show how much glacial melt has occurred over time.

“This imagery will be getting used more and more,” said Josh Maurer of Columbia University. “What we are trying to do is to quantify by exactly how much are the glaciers retreating, how much ice are they losing and at what rate. So we’ve used the images to extract 3D models of the terrain back in the 1970s.”

The evidence indicates a rather significant loss of Himalayan glacial ice over the past several decades.

“At every point on the glacier surface across the whole of the Himalayas a quarter of a meter of water is being lost each year, and populations downstream, where they depend on these water resources, are going to be affected,” Maurer said. “As the glaciers shrink and retreat, the amount of runoff they provide to these streams will increase in the short term as they melt, but over the next 100 years it will decrease more and more, and that’s going to have a negative impact on water resources.”