Colorado snowpack off to its worst start in 30 years • Earth.com 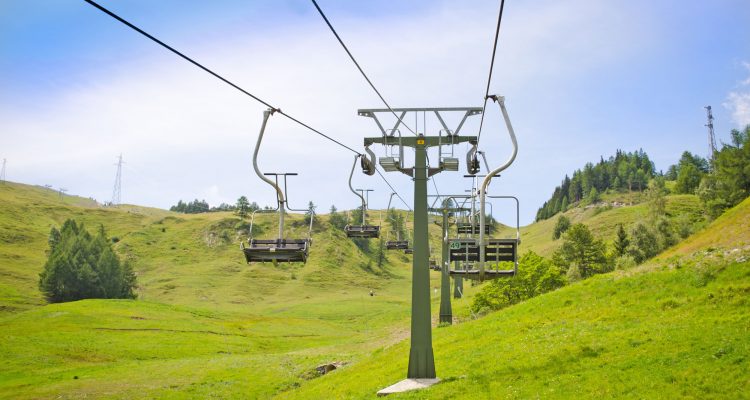 Colorado snowpack off to its worst start in 30 years

Aside from marijuana, snow is the most important element of the Colorado economy. If this weather trend holds, the Colorado snowpack could be devastating for the tourists this winter.

Autumn snow has been scarce in the Rocky Mountains, forcing some ski areas to push back opening day and causing some nervousness about how much water will be available next spring for the Colorado River, the lifeblood of the Southwest.

But the first significant storm of the season that moved into Colorado, Utah and Wyoming on Thursday is expected to bring 8 inches of snow or more at higher elevations, forecasters said. Water managers and climate experts say it’s too early in the season to predict a dry winter.

“This doesn’t mean at all that the winter is going to be dry,” said Klaus Wolter, a climate scientist with the Cooperative Institute for Research in Environmental Sciences in Boulder, Colorado.

“It’s kind of a nervousness-inducing late onset,” he said.

A lot can happen between the fall and spring, said Marlon Duke, a spokesman for the U.S. Bureau of Reclamation, which manages multiple reservoirs on the Colorado River.

“We’re hoping to see some good precipitation through the winter months,” he said.

The Colorado snowpack is off to its worst start in more than 30 years, said Brian Domonkos, who supervises the U.S. Department of Agriculture snow survey in the state.

At least five Colorado ski resorts have postponed their opening day, and the men’s World Cup downhill, super-G and giant slalom races at Beaver Creek in two weeks have been canceled because of unseasonably warm weather.

The warm weather has limited how much artificial snow the resorts can make, compounding the lack of natural snow.

Still, two Colorado resorts have opened with limited skiing and two more are scheduled to start this weekend. Others plan to open before or during the Thanksgiving holiday, said Chris Linsmayer, a spokesman for Colorado Ski Country USA.

No matter how much or how little snow this week’s storm brings, the colder weather should help with snow-making, Linsmayer said.

“We’re hearing is that Thursday is going to be kind of a shift in the weather pattern to cooler weather,” he said.

At least two ski resorts in New Mexico have delayed their opening. In Utah, five resorts that hope to open this weekend are waiting to see what Thursday’s storm brings before deciding, said Paul Marshall, a spokesman for Ski Utah.

Water managers pay close attention to the snowfall in the Rocky Mountains because of its direct impact on the Colorado River, which supplies water to about 40 million people and 6,300 square miles of farmland. Seven states and 20 Indian reservations rely on the river.

After a yearslong Western drought, Lake Mead – a vital Colorado River reservoir in Arizona and Nevada – is barely able to supply all the users who depend on it. By 2018, some users might not get all they need, the U.S. Bureau of Reclamation said last summer. The agency manages multiple reservoirs on the river.

About 90 percent of the river’s water comes from the region known as the Upper Colorado River Basin, a large swath of Colorado, Utah and Wyoming and smaller sections of Arizona and New Mexico.

With their normally deep winter snows, the Colorado mountains are the heart of the Upper Basin.

The Colorado snowfall could catch up to normal, Domonkos said, but that’s unlikely.

“I wouldn’t call it likely, no. But it’s not out of the realm of possibility,” he said.