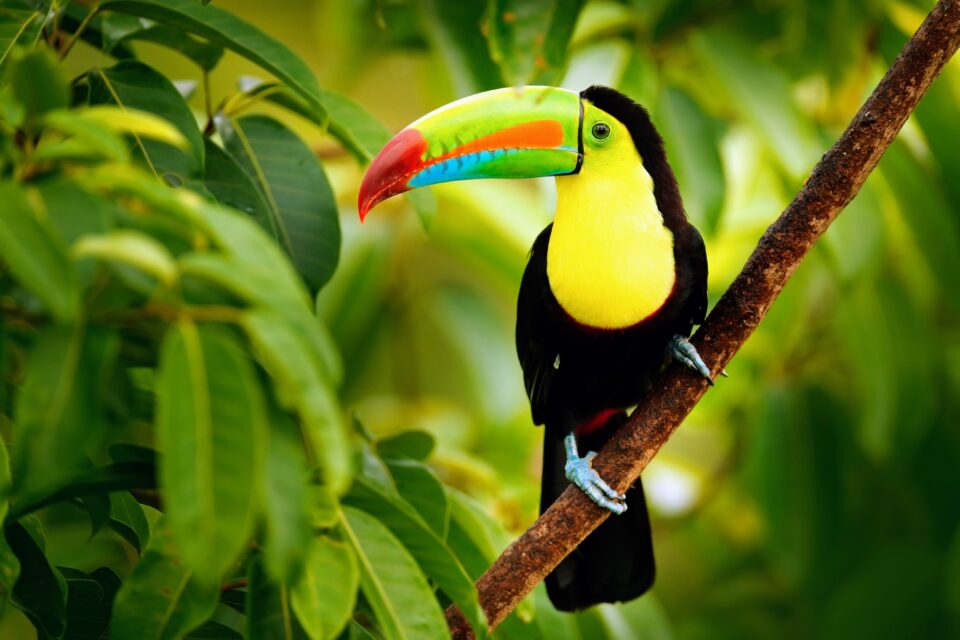 According to a new study led by the University of British Columbia (UBC) that investigated 31 mountain regions across the globe, competition with other species, not climate, drives the distribution of bird biodiversity in tropical mountains, one of our planet’s main biodiversity hotspots. The findings suggest that species interactions have played a much larger role in shaping tropical mountain biodiversity than previously thought, while providing novel insights into how tropical mountain species are responding to climate change.

Tropical mountains are some of the most biodiverse regions on our planet, frequently with entirely different sets of species which live only within narrow elevational ranges. This pattern is significantly different from that characterizing species from temperate mountains, which tend to have significantly broader elevation ranges.

Many scientists argue that this pattern is most likely due to adaptation to the low-temperature seasonality of tropical climates. Although temperatures in the tropical mountains range from hot in the lowlands to cold in the highlands, they remain relatively stable at any elevation throughout the entire year, thus creating various climatic niches along mountain slopes. Physiological adaptations to these myriad niches are generally thought to result in the accumulation of high number of species in these mountains.

However, by performing a comparative analysis of forest bird species’ elevational ranges across 31 tropical mountain areas all over the world – using 4.4 million fine-scale locality records from eBird, a global online scientific database of bird abundance and distribution – the UBC scientists have argued that, rather than climate effects, interspecific competition is the main factor limiting tropical mountain species’ elevational ranges.

The analysis revealed that species richness is a much better predictor of smaller elevational ranges than temperature seasonality, suggesting that the narrow elevational ranges of tropical mountain birds are in fact driven more by interspecies competition than climatic factors.

“We find strong support that competition, not climate, is the leading driver of narrow elevational ranges. These results highlight the importance of species interactions in shaping species’ ranges in tropical mountains, Earth’s hottest biodiversity hotspots,” the study authors conclude.

Further research is needed to find out whether these patterns could be generalized to other, non-aviary taxa, in order to disentangle the complex interplay between climate and other factors in the distribution and abundance of various animal species on tropical mountains.