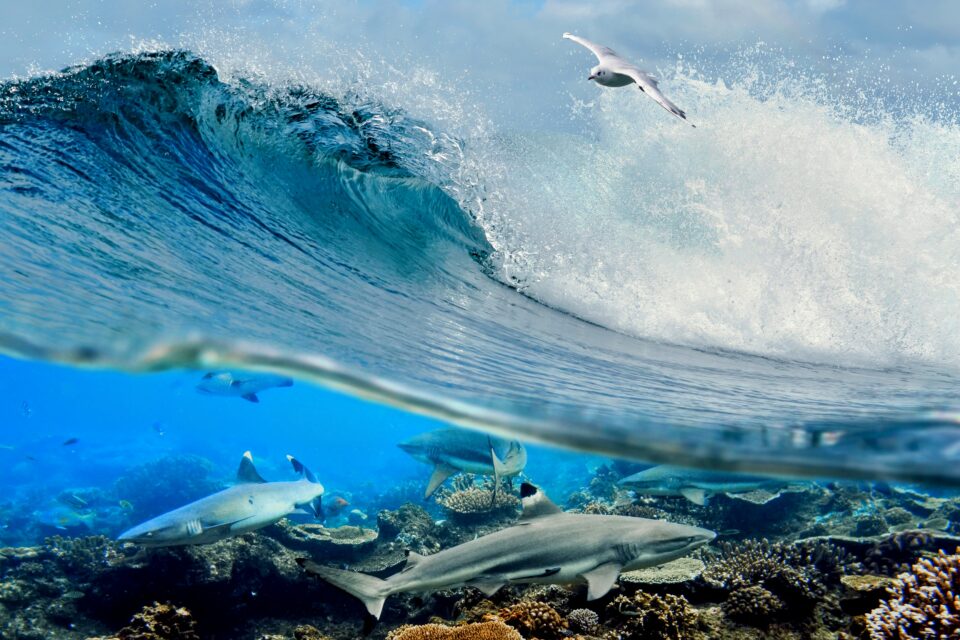 It is not only the land that is currently experiencing extreme weather events, such as heatwaves, but also the world’s seas and oceans. For instance, in the Mediterranean Sea, water temperatures are now up to 5°C higher than the average. Although scientists have already started investigating marine heatwaves, relatively little is known about how they co-occur with other extreme events in the ocean, creating “compound events” that are a major risk to marine ecosystems and contribute to climate change.

Now, a team of researchers led by the Oeschger Center for Climate Change Research (OCCR) has investigated such compound events, focusing on the combination of marine heatwaves with stressors such as high acidity levels in the oceans.

“For the first time, we have quantified the frequency of compound events in which marine heatwaves happen together with extreme acidity,” said study lead author Friedrich Burger, a postdoctoral fellow at OCCR.

By using monthly observations from the surface open ocean from 1982 to 2019, the scientists found that marine heatwaves and extreme ocean acidity occur relatively often together. Thus, the negative impacts of past marine heatwaves were probably exacerbated by extreme acidic conditions.

“We can show that these compound events are most common in the subtropical oceans, but comparably rare in the high latitudes and tropical Pacific,” said Dr. Burger.

The co-occurrence of heatwaves and acidity extremes in subtropical oceans is caused by an increase in acidity at higher temperatures. However, if ocean warming causes other effects too – such as less mixing of the more acidic subsurface water with surface water – heatwaves can also reduce acidity and decrease the frequency of compound events, as it happens in the Southern Ocean or the tropical Pacific.

“To determine the relative frequency of combined extreme events, it is crucial to understand the effects of heatwaves on the circulation, biology, and chemistry of the respective ocean region,” said study co-author Jens Terhaar, an oceanographer at the University of Bern.

According to the experts, such compound extreme events will continue to increase in frequency due to climate change and continuing CO2 emissions, with climate modelling showing that the number of days in which marine heatwaves and high acidity events co-occur will increase 22-fold at a global warming of 2°C above pre-industrial levels. Such events may irreversibly damage marine ecosystems and pose significant threats to fisheries. Thus, urgently curbing greenhouse emissions is essential for safeguarding marine biodiversity.