Conservationists brand tortoise shells to save species from the pet trade • Earth.com 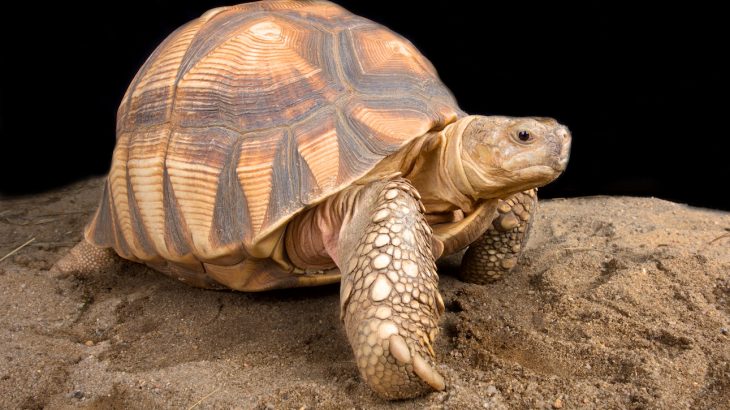 Conservationists brand tortoise shells to save species from the pet trade

The Ploughshare tortoise is currently listed as Critically Endangered on the IUCN Red List as a result of smuggling for the pet trade and human-caused fires. Today, there are only around 400 individuals left living solely in Madagascar. The species holds the undesired title of the world’s rarest tortoise.

Demand for the Ploughshare tortoise has risen in recent decades among hobbyists and collectors who are willing to shell out large amounts of money for the tortoises.

Times are desperate for the Ploughshare tortoise. Despite protections by Madagascar law and international treaty, the illegal smuggling and trade persists. In 2016, a group of wildlife conservation groups warned that the species could become extinct in the wild in the next two to three years.

In an attempt to curtail the trade, conservation groups have turned to an unlikely solution. The Turtle Conservancy, a non-profit aimed at protecting turtles and tortoises, currently runs a program where turtles in the wild are safely marked with serial numbers on their shells. This approach hopes to curtail the demand for Ploughshare tortoises in the pet trade by making the individuals less attractive.

While it certainly is unfortunate to deface what makes the tortoise so iconic, the alternative is the likely extinction of the species. The Ploughshare tortoise faces a similar fate as other species whose beauty and unique attributes make them victim to overexploitation.

Rhinos, who are targeted by poachers for their horns, have been the recipients of a few creative ideas to curtail demand for their parts. Some conservationists have suggested humanely shaving off rhinos’ horns and poisoning the horn itself. These ideas have been met with hesitancy by some who question the efficacy of the ideas.

Despite ethical concerns about defacing the tortoises, the logic makes sense. Buyers are unlikely to spend $47,000 on a tortoise whose shell is damaged, especially if the serial number puts the buyer at an increased risk of detection.

Marking the shells of the Ploughshare tortoise is just one of the initiatives taking place to protect the species. The species’ habitat at Baly Bay was been established as a national park, tortoises have been equipped with radio tags to track their movements and individuals have been bred in captivity. The Ploughshare tortoise also needs increased enforcement around its habitat and internationally.

Without intervention, the only Ploughshare tortoises in the world may be living in the homes of the buyers who fueled their demise.