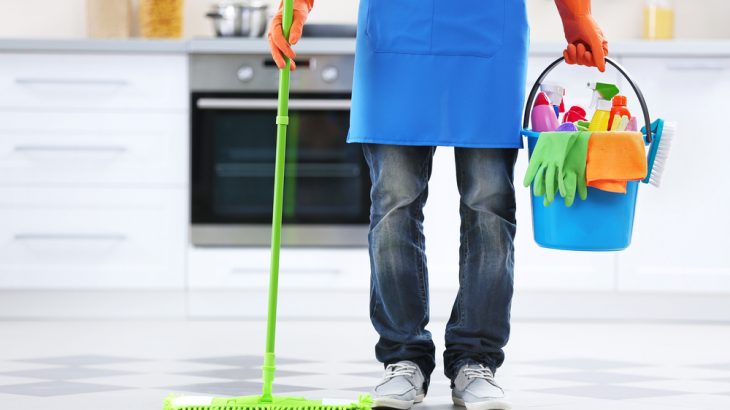 Your efforts to keep your home clean and put a meal on the table is adding to indoor pollution, according to a new study.

Researchers from the University of Colorado, Boulder discovered that daily chores can leave indoor pollution levels on par with a major city – and not a nice, clean one. One a large collection of clean-air houseplants can’t put much of a dent in.

“We wanted to know: How do basic activities like cooking and cleaning change the chemistry of a house?” Dr. Marina Vance said in a press release.

Even more disturbing, that pollution doesn’t stay indoors. Chemicals known as volatile organic compounds, found in products like shampoo, perfume and cleaning chemicals, escape into the outdoors where they contribute more to atmospheric air pollution than cars and trucks, the researchers said.

“Homes have never been considered an important source of outdoor air pollution and the moment is right to start exploring that,” Vance said.

Vance and her colleagues used sensors and monitors to track the amounts of indoor pollution in a home on the University of Texas, Austin campus. There, the team spent a month participating in basic household chores such as cooking and cleaning – including cooking a full Thanksgiving dinner.

“Even the simple act of making toast raised particle levels far higher than expected,” Vance said. “We had to go adjust many of the instruments.”

The study shows that homes need to be well-ventilated when cooking and cleaning to prevent harmful levels of indoor pollution, she said.

The study shows that experts have been operating with an incomplete picture of the causes of air pollution.

“Many traditional sources like fossil fuel-burning vehicles have become much cleaner than they used to be,” said Dr. Joost de Gouw, who has previously studied indoor pollution caused by household activities. “Ozone and fine particulates are monitored by the EPA, but data for airborne toxins like formaldehyde and benzene and compounds like alcohols and ketones that originate from the home are very sparse.”

The research was presented during a panel discussion at the 2019 American Association for the Advancement of Science Annual Meeting in Washington, D.C. Funding was provided by the Alfred P. Sloan Foundation.