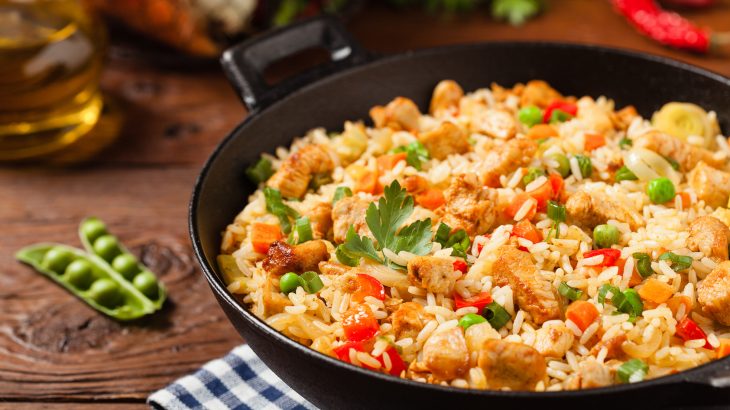 It’s been said that cooking is an art, while baking is a science. However, researchers from the Georgia Institute of Technology would disagree.

In a new study, researchers David Hu and Hungtang Ko, used the science of cooking to take a closer look at the tossing techniques used for fried rice and stir-fry.

Hu and Ko noticed that there were few studies involving the physics behind Chinese cuisine, and so the two set out to identify the underlying mechanisms of stir-frying, which has been a part of Chinese Culinary tradition since at least 600 A.D.

First, the researchers observed and recorded chefs in Taiwan making fried rice in a wok.

Next, the team used the video recordings to track the wok movements. Overall, the cooking process for the fried rice was about two minutes, and Hu and Ko were able to break the process down to a system of repeated cycles and phases.

Each cycle lasted about one-third of a second, and the cycles were then broken down into four phases where the chefs would either tilt the wok or move the wok forward and backward.

The researchers categorized the motions as translational and rotational, and both are required for stir-frying.

An essential part of making fried rice is continuously tossing or juggling the rice so that no portion of rice touches the hot wok for too long.

By moving the wok forward, backward and tilting it side to side, the ingredients are constantly mixing, cooking, and cooling so that the rice is not burned.

“Once we came up with a mathematical model for fried rice cooking. we realized it could lend itself rather easily to a robotic design,” said Ko.

Attempts have been made to create a stir-frying robot because the process is so labor intensive, but Hu explained that none of the robots could throw the rice.

Now with this new study, researchers have a better foundation to create an automated stir-frying machine and the results shed light on the complex cooking processes involved in different culinary cuisine.