Coral reefs have declined by half since the 1950s • Earth.com 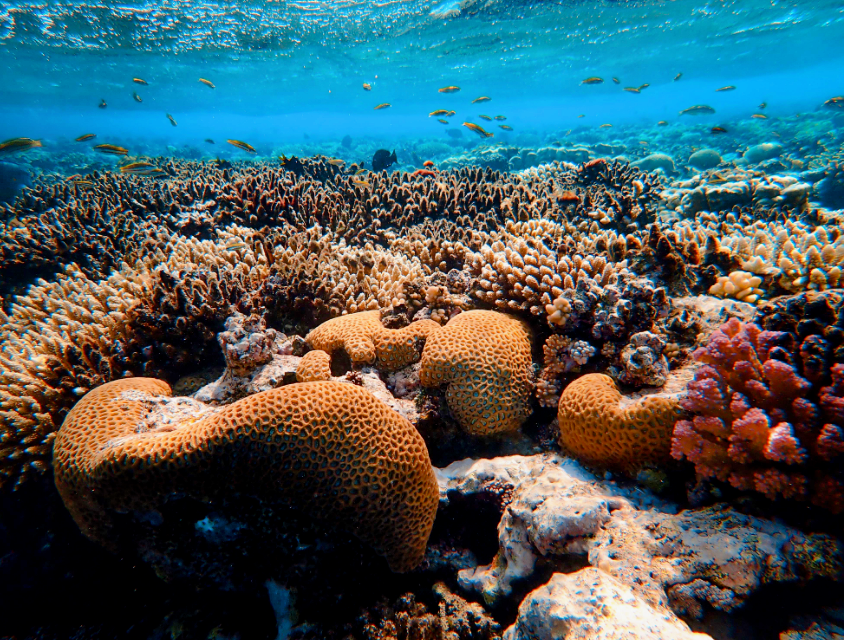 An estimated six million people worldwide make use of coral reefs for the purpose of fishing. Countless millions more depend on these fish and seafood catches for their dietary needs and incomes, and the livelihoods of many people are derived from tourist or recreational activities based on visiting coral reefs. In this way, coral reef ecosystems provide essential services to humans all over the world.

Unfortunately, these sensitive habitats are under threat from many factors, including overfishing, pollution and climate change. In a first-of-its-kind study, scientists have collected comprehensive data to investigate how various stressors have affected the ability of these reefs to provide essential ecosystem services worldwide.

“Coral reefs are known to be important habitats for biodiversity and are particularly sensitive to climate change, as marine heat waves can cause bleaching events,” said study lead author Tyler Eddy, a research scientist at the Fisheries & Marine Institute, Memorial University of Newfoundland. “Coral reefs provide important ecosystem services to humans, through fisheries, economic opportunities, and protection from storms.”

The data collected by the research team included assessments of changes in coral cover, biodiversity of coral reefs, fishing statistics, and the consumption of reef-associated seafood by indigenous coastal populations.

The findings reveal that the total area covered by living coral ecosystems has decreased by half since the 1950s. Not surprisingly, the ability of these reefs to provide fishermen with catches has also declined. Catches of reef-associated fish increased steadily from 1950 to 2002, when they peaked with a global catch of 2.3 million tons. Since then, however, catches have steadily decreased.

Fishing effort increased between 1950 and 2010, and the catch per unit effort (CPUE) peaked in 1971, after which it declines. Today, the CPUE is 60 percent lower than it was in 1950, indicating the decline in abundance of coral reef fish. In addition, reef-associated biodiversity has decreased by 63 percent since 1950.

Countries with the highest per-capita indigenous consumption of coral reef fish were often small-island developing nations, such as Palau, Micronesia, and Kiribati. For people in these countries, reef-associated seafood provides the majority of their animal protein. Therefore, losses in species richness and abundance threatens food security.

“Our analysis indicates that the capacity of coral reefs to provide ecosystem services has declined by about half globally,” said Professor William Cheung of the UBC Institute for the Oceans and Fisheries. “This study speaks to the importance of how we manage coral reefs not only at regional scales, but also at the global scale, and the livelihoods of communities that rely on them.

The capacity of coral reefs to provide ecosystem services to humans has clearly declined in the past 70 years, threatening the well-being of millions of people who depend on this resource.

“The effects of degraded and declining coral reefs are already evident through impacts on subsistence and commercial fisheries and tourism in Indonesia, the Caribbean, and South Pacific, even when marine protected areas are present, as they do not provide protection from climate change and may suffer from lack of enforcement and marine protected area staff capacity,” wrote the researchers.

“Fish and fisheries provide essential micronutrients in coastal developing regions with few alternative sources of nutrition. Coral reef biodiversity and fisheries take on added importance for Indigenous communities, small island developing states, and coastal populations where they may be essential to traditions and cultural practices.”

“The reduced capacity of coral reefs to provide ecosystem services undermines the well-being of millions of people with historical and continuing relationships with coral reef ecosystems.”