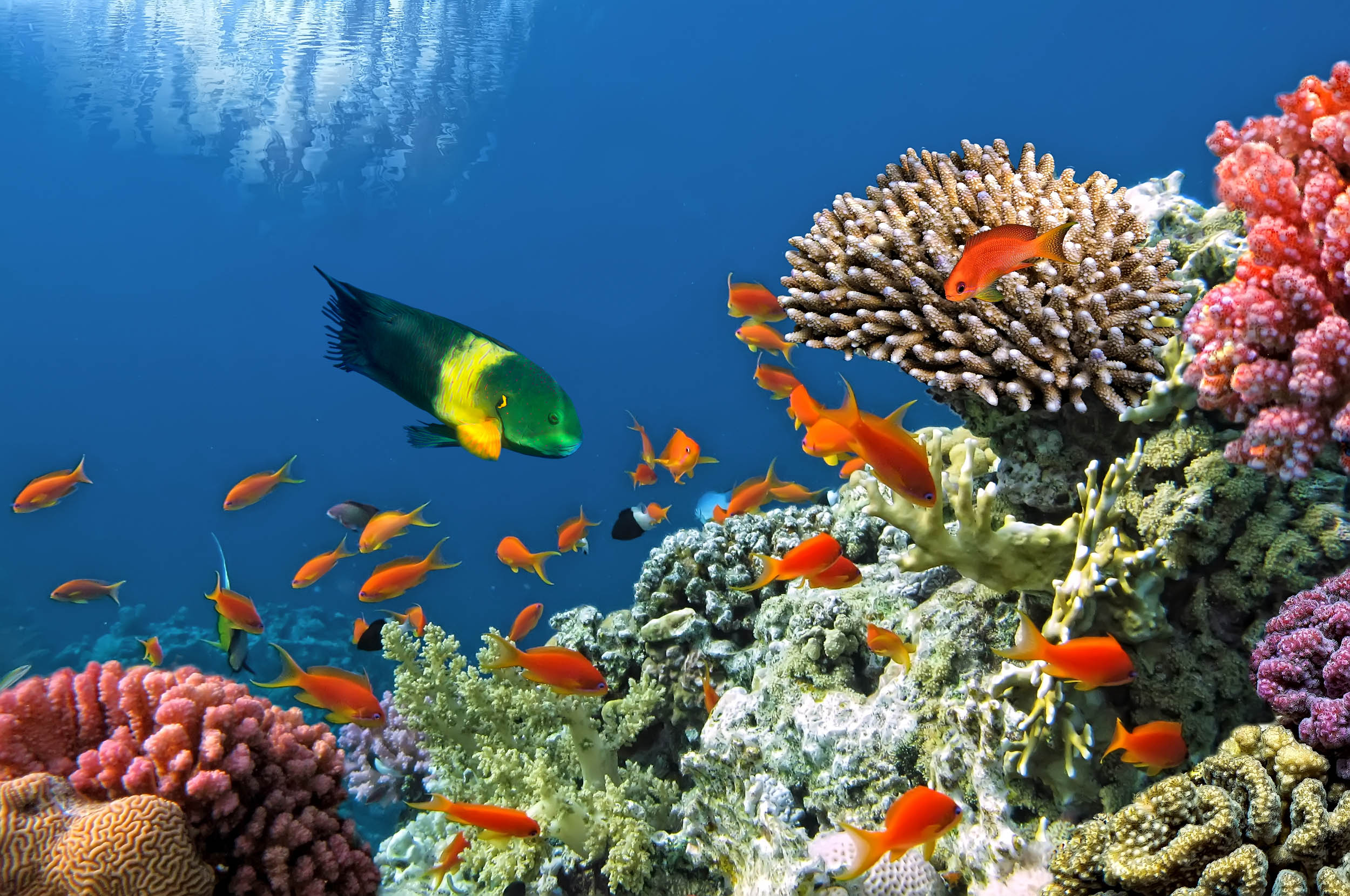 As they grow, corals are bathed in a sea of marine microbes, such as bacteria, algae, and viruses. While these extremely abundant and tiny microorganisms influence coral communities in a variety of ways, a new study by researchers at the Woods Hole Oceanographic Institution (WHOI), the Bermuda Institute of Ocean Sciences (BIOS) and University of California, Santa Barbara (UCSB) reveals that corals also have an impact on the microbes in waters surrounding them.

In novel lab observations of interactions between corals and planktonic bacteria, known as picoplankton, researchers found that corals are selectively feeding on specific types of bacteria–the same bacteria whose growth is promoted by organic matter and nutrients that are released by the corals.

“We’ve known that marine microbes play major roles in moving nutrients and recycling matter into forms that are more usable to the corals,” says WHOI microbiologist Amy Apprill, one of the authors of the paper published Oct. 12, 2016, in the journal Limnology and Oceanography. “But this study demonstrates for the first time that corals are having some control on the production of microbes around them, and that the corals are using that to benefit their own growth.”

Corals secrete a protective surface layer of mucus, which also support an active community of microbes. In order to better understand how corals and coral mucus might be interacting with microbes in surrounding reef waters, Apprill, and her colleagues Sean McNally and Rachel Parsons at BIOS, set up aquaria-based experiments using colonies of the coral P. astreoides obtained from three Bermudian reefs.

A total of nine tanks of seawater were utilized in the 12-day experiment. The research team counted microbes in the seawater so they could track the different populations and how they were responding to different treatments. Three of the tanks were used as “controls” and received no additions, while researchers added mucus obtained from P. astreoides corals into three of the tanks. In the remaining three tanks, corals were introduced and then later removed so researchers could observe their effects on microbes in the seawater.

“When we put the corals in the tanks, the microbes in the sea water were drastically reduced in numbers,” Apprill says. “We observed that the corals were selectively feeding on several types of bacteria–Rhodobacteraceae, Synechococcus, and SAR11, which are most abundant groups of bacteria in the ocean. We then took the corals out of the sea water tanks, and we observed a strong increase in these microbes.”

The increase was partially a result of the microbes replenishing themselves since the corals were no longer feeding on them, the researchers say. But the team also observed something surprising: extremely fast rates of microbial growth.

“The growth rates were quite high, especially in the case of SAR11, which was one of the fastest rates of growth ever documented,” Apprill adds. “It suggests that the microbes are growing on something that the corals leave behind in the tank. For the first time, we’re observing important influences that the corals are having on the total surrounding microbial community.”

One of the other key things the research team observed happening in the tanks with corals as a result of the bacteria grazing was a remineralization of nitrogen in the water. In healthy coral reef ecosystems, concentrations of ammonia–a toxic waste product produced by most animals–are close to zero. The reason is that microbes are constantly converting ammonia to different and less toxic forms, such as nitrate, returning nitrogen back to the water. While researchers were aware of this detoxifying process in reef ecosystem, the source of the microbes responsible was a mystery.

“Until now, it wasn’t known exactly where the process was occurring, whether it was happening in the sand or in the water column or in association with corals,” explains Alyson Santoro, a microbiologist at UCSB and coauthor. “This study shows that this detoxifying process is directly and physically associated with the corals.”

In the tanks containing mucus but no corals, the research team didn’t observe the drastic changes like those in the coral tanks. They noted small increases in microbes upon the initial addition of mucus.

“It’s not just the mucus that’s causing the microbes in the water to become more active,” says Apprill. “It’s actually what the coral is releasing, which is still an undefined group of compounds.”

“This study shows that corals do in fact influence the picoplankton community by selecting specific lineages of picoplankton for removal and also by potentially using the complex carbon compounds excreted by the coral to promote the growth of these lineages,” adds Rachel Parsons, a microbial oceanographer at BIOS and coauthor of the paper.

Coral reefs, which support diverse communities of fish and other marine life, are declining globally at unprecedented rates due to human-caused impacts, such as warming waters and ocean acidification. Researchers say that there is an urgent need to uncover how specific coral picoplankton interactions contribute to these threatened ecosystems.