How corals survive and rebound after environmental disasters • Earth.com 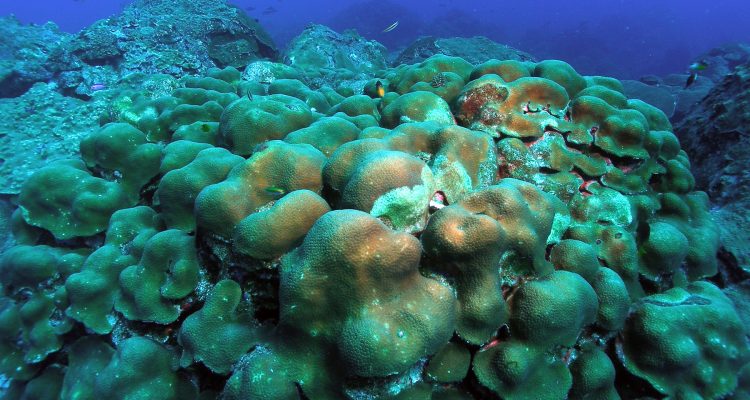 How corals survive and rebound after environmental disasters

Through genome analysis, scientists have learned how corals survive and rebound after environmental disasters.

An international team of researchers, led by scientists at Penn State University, sequenced the genomes of three species of corals in the genus Orbicella and used the data to model the population histories of these corals over the past several million years. Despite massive reductions in the coral populations following the onset of glaciation in the Northern Hemisphere between 1 and 2 million years ago — an event that caused the extinction of many other Caribbean coral species — these Orbicella coral populations rebounded and expanded into new habitats opened by the mass-extinction event.

“Corals are extremely ecologically and economically important, so understanding how their populations responded to environmental change historically is crucial for current conservation efforts,” said Mónica Medina, associate professor of biology at Penn State and one of the lead authors of the research. “Our study of living corals confirms fossil evidence that suggested that coral populations can recover after environmental disasters and further suggests that current reef deterioration can be reversed if environmental stresses can be reduced.”

The researchers sequenced the genomes of the three surviving Caribbean Orbicella species — O. annularis, O. faveolata, and O. franksi. The Orbicella corals have a rich fossil record that shows an increase in species diversity about 2.5 to 3.5 million years ago, followed by a massive extinction event that wiped out half of the species between 1 and 2 million years ago. All but three of the remaining species went extinct over the next million years. The team used their new genomic data to reconstruct the population histories of the three modern Orbicella species over this time period, filling in gaps in the fossil record and showing that corals can recover after environmental catastrophes.

“The wealth of genomic data allowed us to formally test hypotheses of coral population size changes, recapitulating observations from the fossil and environmental record,” said Michael DeGiorgio, assistant professor of biology at Penn State and one of the lead authors of the research. “Our study is a textbook example of the power and the necessity of multidisciplinary teams of conservation, evolutionary, and computational biologists coming together to address important biological questions that would have been otherwise difficult to tackle.”

The researchers also showed that the more recent extinction of another shallow-water Orbicella species — the organ-pipe coral, O. nancyi — allowed the modern species to expand their habitats into the territory vacated by the organ-pipe coral. Understanding these population changes in relation to environmental changes over time will allow the scientists to better analyze variation in modern corals and their potential to adapt and survive climate change.

In addition to Medina and DeGiorgio, the research team includes Carlos Prada, Bishoy Hanna, and Roberto Iglesias-Prieto at Penn State; Ann F. Budd at the University of Iowa; Cheryl Woodley from the U.S. National Oceanic and Atmospheric Administration (NOAA); Jeremy Schmutz and Jane Grimwood at Hudson Alpha Institute of Biotechnology in Huntsville, Alabama; John M. Pandolfi at the University of Queensland in Brisbane, Australia; Don Levitan at Florida State University; Kenneth G. Johnson at the Natural History Museum in London, UK; Hiroaki Kitano at the Systems Biology Institute in Tokyo, Japan; and Nancy Knowlton at the National Museum of Natural History, Smithsonian Institute in Washington D.C.

The research is funded by the Department of Biology at Penn State, the U.S. National Science Foundation, the NOAA Coral Reef Conservation Program, Hudson Alpha, the Smithsonian Tropical Research Institute, and the Canon Foundation.