Corn was domesticated more than once in different regions • Earth.com 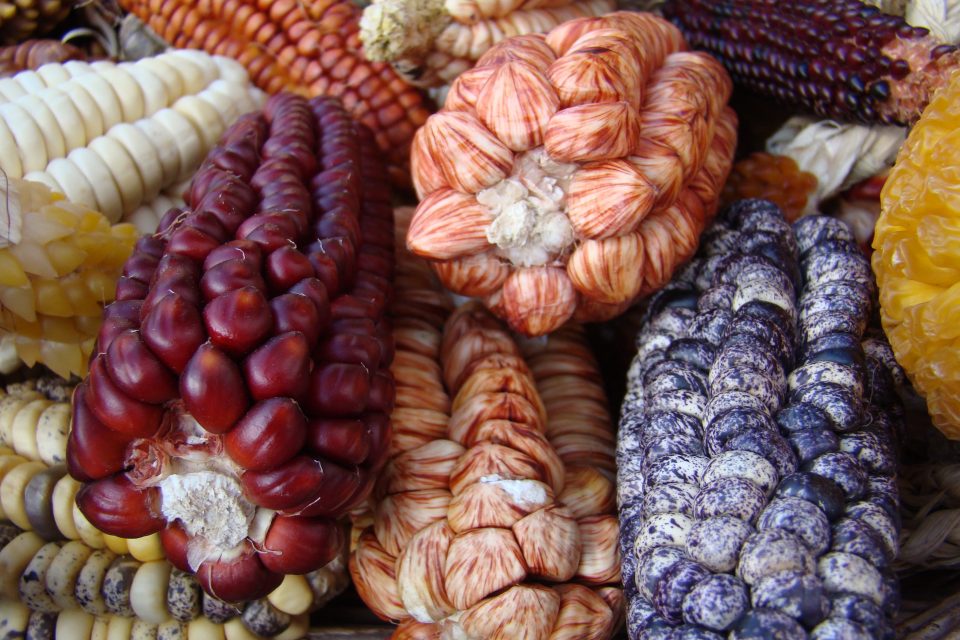 Corn was domesticated more than once in different regions

Scientists at the Smithsonian National Museum of Natural History are rewriting the history of corn, one of the world’s most important crops. Based on genetic and archaeological evidence, the researchers have determined that a predecessor of today’s corn plants was brought to South America from Mexico more than 6,500 years ago.

According to the new study, farmers in Mexico and the southwestern Amazon improved corn over thousands of years until it was fully domesticated in each region. The findings are providing scientists with new insight into the shared history of humans and corn plants. Study lead author Logan Kistler explained that this understanding is critical for managing our fragile relationships with the plants that feed us.

“It’s the long-term evolutionary history of domesticated plants that makes them fit for the human environment today,” said Kistler. “Understanding that history gives us tools for assessing the future of corn as we continue to drastically reshape our global environment and increase our agricultural demands on land around the globe.”

Microscopic pollen and resilient plant remains found in ancient sediments indicate a history of fully domesticated maize use by around 6,500 years ago in the southwest Amazon and coastal Peru. Initially, the experts assumed the fully domesticated plant was carried there by people who were migrating south.

“As far as we could tell before conducting our study, it looked like there was a single domestication event in Mexico and that people then spread it further south after domestication had taken place,” said Kistler.

When geneticists sequenced the DNA of 5,000-year-old maize found in Mexico, however, it turned out that the story was not so simple. The genes were a mixture of those found in corn’s wild ancestor called teosinte and those of the domesticated plant.

To investigate, the team reconstructed the plant’s evolutionary history by conducting a genetic comparison of more than 100 varieties of modern maize that grow throughout the Americas, including 40 varieties that have just recently been sequenced. The genomes of 11 ancient corn plants were also included in the analysis.

After mapping out the genetic relationships between the plants, several distinct lineages were identified, proving that the final stages of corn domestication happened more than once in more than one place.

“This work fundamentally changes our understanding of maize origins,” said study co-author Robin Allaby from the University of Warwick. “It shows that maize did not have a simple origin story, that it did not really form the crop as we know it until it left its homeland.”