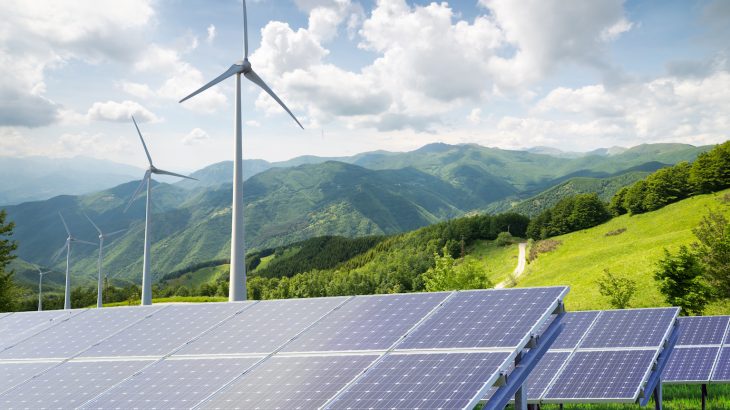 With the risks of climate change not getting any smaller – mainly due to continued unsustainable greenhouse gas emissions – the need for full-scale transition to a carbon-free electricity grid is more dire than ever. Just recently, the state of California committed to creating a 100 percent carbon-free grid, setting aggressive policies for cutting greenhouse gas emissions.

This is an aspirational goal, but is it possible? A study from MIT researchers now gives guidelines for reliable and cost-effective ways to potentially build a zero-carbon electricity system.

In recent years, the cost of wind and solar power, as well as energy storage batteries, has dropped dramatically. This has led many people to suggest that these sources alone should be used to power a carbon-free grid. But this recent study – published in the journal Joule – has found that the more cost-effective and lower-risk strategy would be to pair these sources with steady carbon-free resources that can be expected to meet demand for long periods of time. These other resources include nuclear, geothermal, bioenergy, and natural gas with carbon capture.

“In this paper, we’re looking for robust strategies to get us to a zero-carbon electricity supply, which is the linchpin in overall efforts to mitigate climate change risk across the economy,” says Jesse Jenkins, PhD, of MIT. In order to achieve that, “we need not only to get to zero emissions in the electricity sector, but we also have to do so at a low enough cost that electricity is an attractive substitute for oil, natural gas, and coal in the transportation, heat, and industrial sectors, where decarbonization is typically even more challenging than in electricity.”

In their study, the team evaluated 1,000 different scenarios involving varying assumptions about the availability and cost of low-carbon technologies, geographical differences in the availability of renewable resources, and different policies on their use. They compared two different approaches: a “restrictive” approach that included only the use of solar and wind generation along with battery storage, and an “inclusive” approach that combined these technologies with the use of continual carbon-free sources like nuclear power, bioenergy, and natural gas with carbon capture. For every single case the team assessed, it was determined that the inclusive approach was more affordable, lowering costs from 10 percent to as much as 62 percent.

“The results of this research challenge what has become conventional wisdom on both sides of the climate change debate,” says Richard Lester, a professor of nuclear science and engineering at MIT. “Contrary to fears that effective climate mitigation efforts will be cripplingly expensive, our work shows that even deep decarbonization of the electric power sector is achievable at relatively modest additional cost. But contrary to beliefs that carbon-free electricity can be generated easily and cheaply with wind, solar energy, and storage batteries alone, our analysis makes clear that the societal cost of achieving deep decarbonization that way will likely be far more expensive than is necessary.”

While the dream of a 100 percent carbon-free electrical grid is still a futuristic one, the researchers believe it is important to begin assessing its viability today. Ultimately, any decisions made now regarding power plant construction, research investments, or overall climate policies will have effects that could still be felt decades from now.