Most countries get a failing grade on Paris Accord follow through • Earth.com 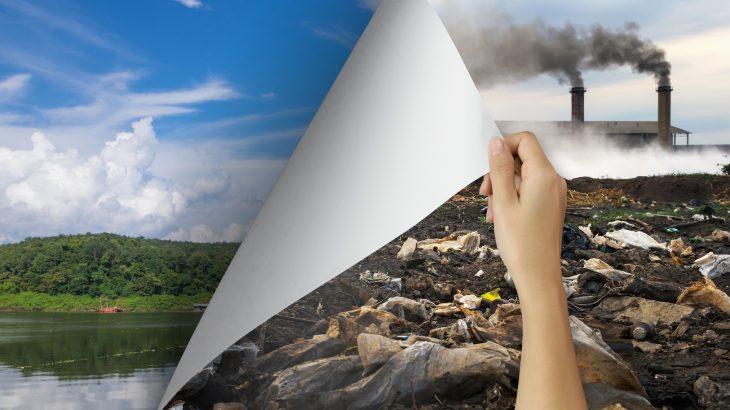 Most countries get a failing grade on Paris Accord follow through

The Paris Accord, an agreement between almost every single country on Earth (except the United States) to limit warming to below 2 degrees Celsius, is about to face a rude awakening.

The Intergovernmental Panel on Climate Change will release a report on Monday that confronts the stark realities of climate change and what must be done to limit warming to 1.5 degrees Celsius.

Part of this report includes assessing the lack of meaningful change to combat emissions since the Paris Accord was first created in 2015.

Similar to a teacher grading exam papers, the IPCC is reviewing everything that has and hasn’t been done to limit emissions in accordance with the promises made in the Paris Agreement and, unfortunately, it looks like most countries will be getting a failing grade.

“The pledges countries made during the Paris Climate Accord don’t get us anywhere close to what we have to do,” said Drew Shindell, an author of the IPCC report to the Washington Post which reported on the IPCC conference. “They haven’t really followed through with actions to reduce their emissions in any way commensurate with what they profess to be aiming for.”

According to the Washington Post, the IPCC has a difficult task ahead. Not only do scientists from the IPCC need to consider every aspect of climate change and come to an agreement about what is required to limit warming, but the IPCC also has to keep governments informed.

Those government, as part of the Talanoa Dialogue which will take place in December at a United Nations climate meeting, will have to face their failings in limiting CO2 emissions.

The goal is to limit warming and this has always been the main driver of the Paris Accord, but the Earth is on a fast warming track that would take a major shift to slow down and get under control.

Studies have already reported warming above 1.5 degrees with disastrous consequences in some parts of the world.

This is why it’s vital to find ways to cap emissions sooner rather than later because the clock is ticking and the IPCC has found that we don’t have much time before we max out the Earth’s “carbon budget.”

The carbon budget refers to the maximum amount of carbon the Earth can emit into the atmosphere before warming will exceed 1.5 degrees Celsius.  As it stands, 41 billion tons of carbon dioxide are emitted every year, and so the IPCC needs to find out what it would take, and how long we have, to keep within that budget.

According to the Washington Post, it is possible that we have as little as 15 years before we risk going over the carbon budget.

Some of the requirements needed to limit warming would be to reduce carbon emissions by 40 percent worldwide by the year 2030.

This is not an easy undertaking by any means, especially given that the US, one of the world’s biggest sources of emissions, is not part of the accord and is currently implementing policies that prioritize fossil fuel production over sustainability.

By Kay Vandette, Earth.com Staff Writer
Paid for by Earth.com