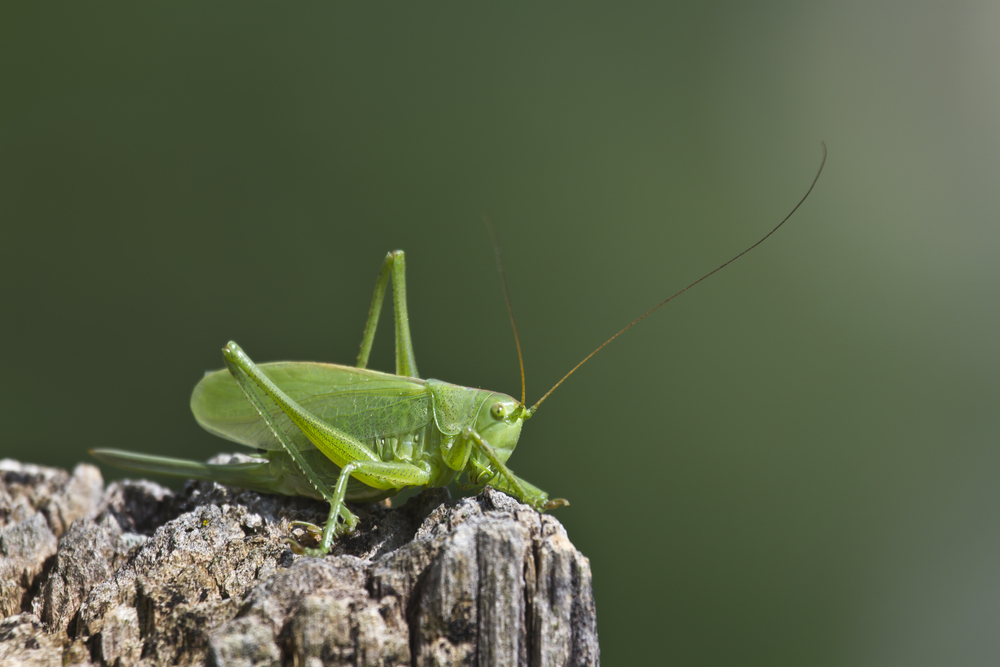 For the first time, the International Union for Conservation of Nature conducted a survey of all of the cricket and grasshopper species in Europe. The survey turned up some bad news for people who love the soothing sound of cricket song.

“Europe’s rapidly changing landscape is affecting many species, including insects we are so familiar with, such as crickets and grasshoppers,” said Jean-Christophe Vié, Deputy Director of the IUCN Global Species Programme, in the organization’s announcement.

Europe has more than 1,000 species of crickets and grasshoppers. About a quarter of them are at risk of extinction, the IUCN said.

The two-year study was funded by the European Commission, and more than 150 entomologists and other experts joined the count.

Agricultural practices are one factor in the demise of crickets in Europe, the IUCN found. This includes the loss of grasslands to crops, overgrazing, frequent mowing, the use of fertilizers, and the use of heavy machinery, the agency said.

Another factor is more frequent and intense wildfires in recent years. This is a larger problem in southern Europe, especially in places like Greece and the Canary Islands, the IUCN said.

Some of the crickets and grasshoppers are also losing habitat to tourism-related development, especially in coastal areas, the IUCN said.

The problem goes beyond waning cricket song. Many cricket and grasshopper species are a key part of the food chain in Europe, the scientists said. Birds and reptiles rely on them, and if the insects go extinct, it could disrupt entire ecosystems.

“To bring these species back from the brink of extinction, more needs to be done to protect and restore their habitats,” Vié said. “This can be done through sustainable grassland management using traditional agricultural practices, for example.”

The IUCN suggested that countries create monitoring and management programs to protect the insects. France is already implementing a conservation plan for its critically endangered Crau plains grasshopper, the agency noted.

Monitoring programs could give an on-the-ground look at population trends and more quickly identify species on the verge of dying out.

“If we do not act now, the sound of crickets in European grasslands could soon become a thing of the past,” Vié said.