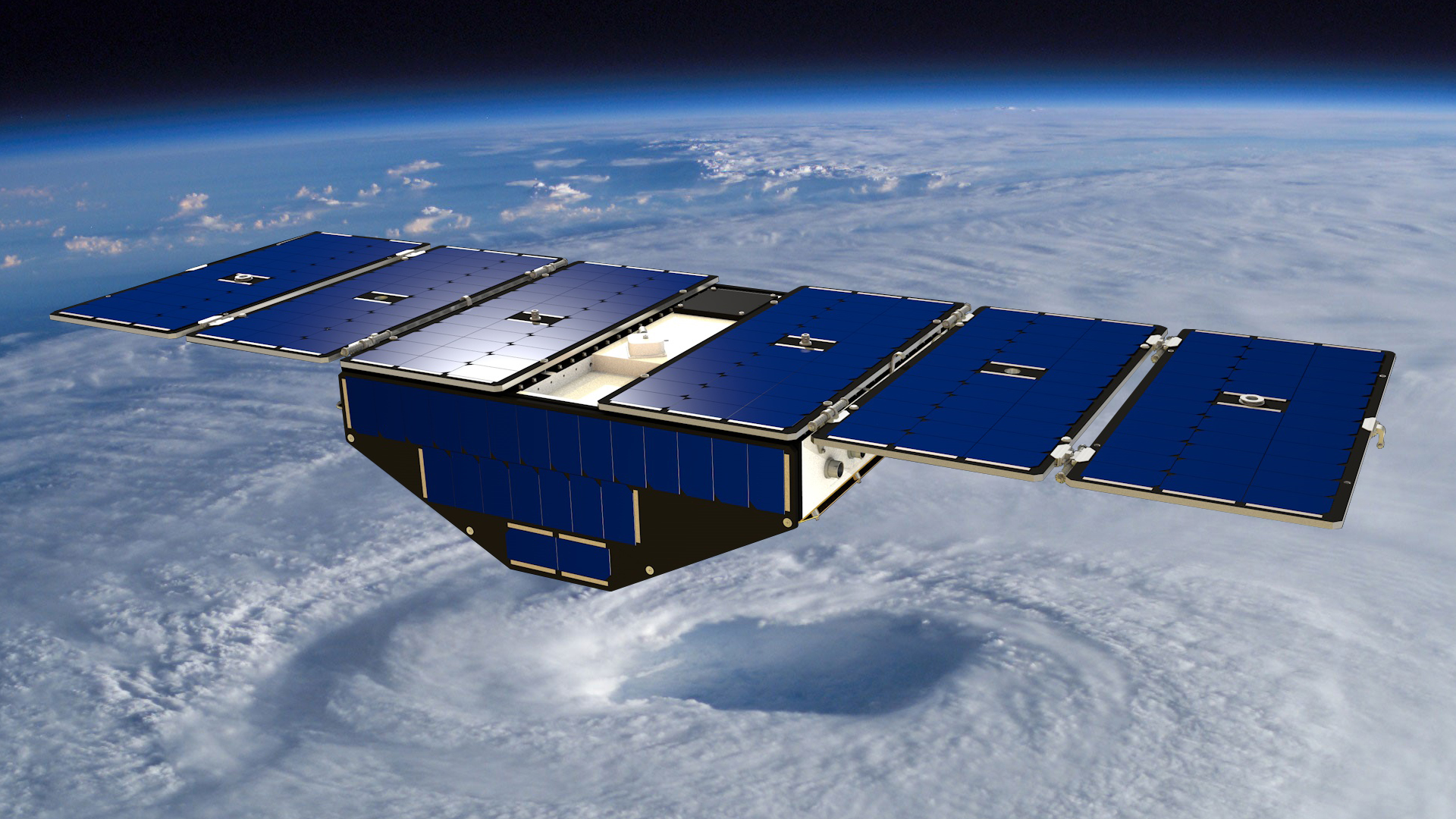 CYGNSS hurricane-tracking mission is on schedule

Tracking hurricanes and tropical storms is an important and constantly evolving science. Satellites, radar, and reconnaissance aircraft are some of the methods currently used. NASA’s CYGNSS is the most recent tool employed by scientists to track these storms.

On Friday, NASA confirmed that all eight spacecraft of its CYGNSS Earth science mission are in good shape. The Cyclone Global Navigation Satellite System (CYGNSS) will provide scientists with advanced technology to see inside tropical storms and hurricanes as never before.

CYGNSS launched into orbit at 5:37 a.m. PST (8:37 a.m. EST) Thursday aboard an Orbital ATK air-launched Pegasus XL launch vehicle. The rocket was dropped and launched from Orbital’s Stargazer L-1011 aircraft, which took off from Cape Canaveral Air Force Station in Florida, over the Atlantic Ocean, off the coast of central Florida.

“The launch of CYGNSS is a first for NASA and for the scientific community,” said Thomas Zurbuchen, associate administrator for the agency’s Science Mission Directorate in Washington. “As the first orbital mission in our Earth Venture program, CYGNSS will make unprecedented measurements in the most violent, dynamic and important portions of tropical storms and hurricanes.”

The CYGNSS constellation will make frequent and accurate measurements of ocean surface winds in and near a hurricane’s inner core, including regions beneath the eyewall and intense inner rainbands that previously could not be measured from space. CYGNSS will do this by using both direct and reflected signals from existing GPS satellites to obtain estimates of surface wind speed over the ocean.

“CYGNSS will provide us with detailed measurements of hurricane wind speeds, an important indicator of a storm’s intensity,” said Christopher Ruf, CYGNSS principal investigator at the University of Michigan’s Department of Climate and Space Sciences and Engineering in Ann Arbor. “Ultimately, the measurements from this mission will help improve hurricane track and intensity forecasts.”

“In the vast majority of cases we can predict a hurricane’s track very accurately, but we still have a very hard time knowing how intense the storms will be when they get where they’re going,” said Derek Posselt, CYGNSS deputy principal investigator at NASA’s Jet Propulsion Laboratory, Pasadena, California. “It’s the intensity of hurricanes — the wind speed and the storm surge — that really determines how much damage there will be and whether a population will need to evacuate or shelter in place.”

CYGNSS is the first orbital mission competitively selected by NASA’s Earth Venture program, managed by the Earth System Science Pathfinder (ESSP) Program Office at NASA’s Langley Research Center, Hampton, Virginia. This program focuses on low-cost, science-driven missions to enhance our understanding of the current state of Earth and its complex, dynamic system and enable continual improvement in the prediction of future changes.

“There is a feeling of pride and joy knowing that you have been a part of something that is much bigger than yourself and will potentially have a significant positive impact on the general public safety,” said Jim Wells, ESSP mission manager.

Southwest Research Institute in San Antonio led the development, integration and operation of the CYGNSS microsatellites. The Space Physics Research Laboratory at the University of Michigan College of Engineering leads the overall mission execution, and its Climate and Space Sciences and Engineering department leads the science investigation. The Earth Science Division of NASA’s Science Mission Directorate oversees the mission.

For more information about CYGNSS, visit:

NASA collects data from space, air, land and sea to increase our understanding of our home planet, improve lives and safeguard our future. The agency develops new ways to observe and study Earth’s interconnected natural systems with long-term data records. The agency freely shares this unique knowledge and works with institutions around the world to gain new insights into how our planet is changing.