It's not your imagination: dark chocolate and happiness go together • Earth.com 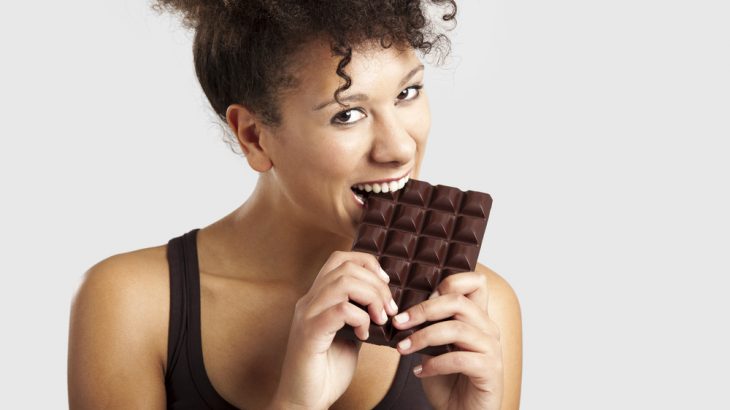 It’s not your imagination: dark chocolate and happiness go together

Snacking on a little dark chocolate might brighten your day. A new study found that the tasty treat could be linked to a fourfold lower risk of depression.

A team that included researchers from University College London, University of Calgary and Alberta Health Services Canada set out to determine whether nibbling on chocolate might have a positive effect on mental health. Examining data collected from more than 13,500 adults in the U.S. National Health and Nutrition Examination Survey, they cross-referenced participants’ reported chocolate consumption against their scores on part of the survey that assesses symptoms of depression.

The researchers adjusted for income, education, marital status, physical activity, chronic health problems and other factors that might play a role in depression.

“This study provides some evidence that consumption of chocolate, particularly dark chocolate, may be associated with reduced odds of clinically relevant depressive symptoms,” lead author Dr. Sarah Jackson said in a press release.

Don’t ditch your antidepressants for Godiva truffles just yet, though. Jackson warned that more research is needed to figure out the relationship between mood and dark chocolate.

For example, instead of chocolate easing depression symptoms, it could go the other way around, she said. People struggling with depression may not have the same desire for chocolate that they do when they’re well.

Still, the London study adds to a growing collection of research showing dark chocolate’s many health benefits, including boosting brain power and helping to prevent an irregular heartbeat.

The study has been published in the journal Depression and Anxiety.