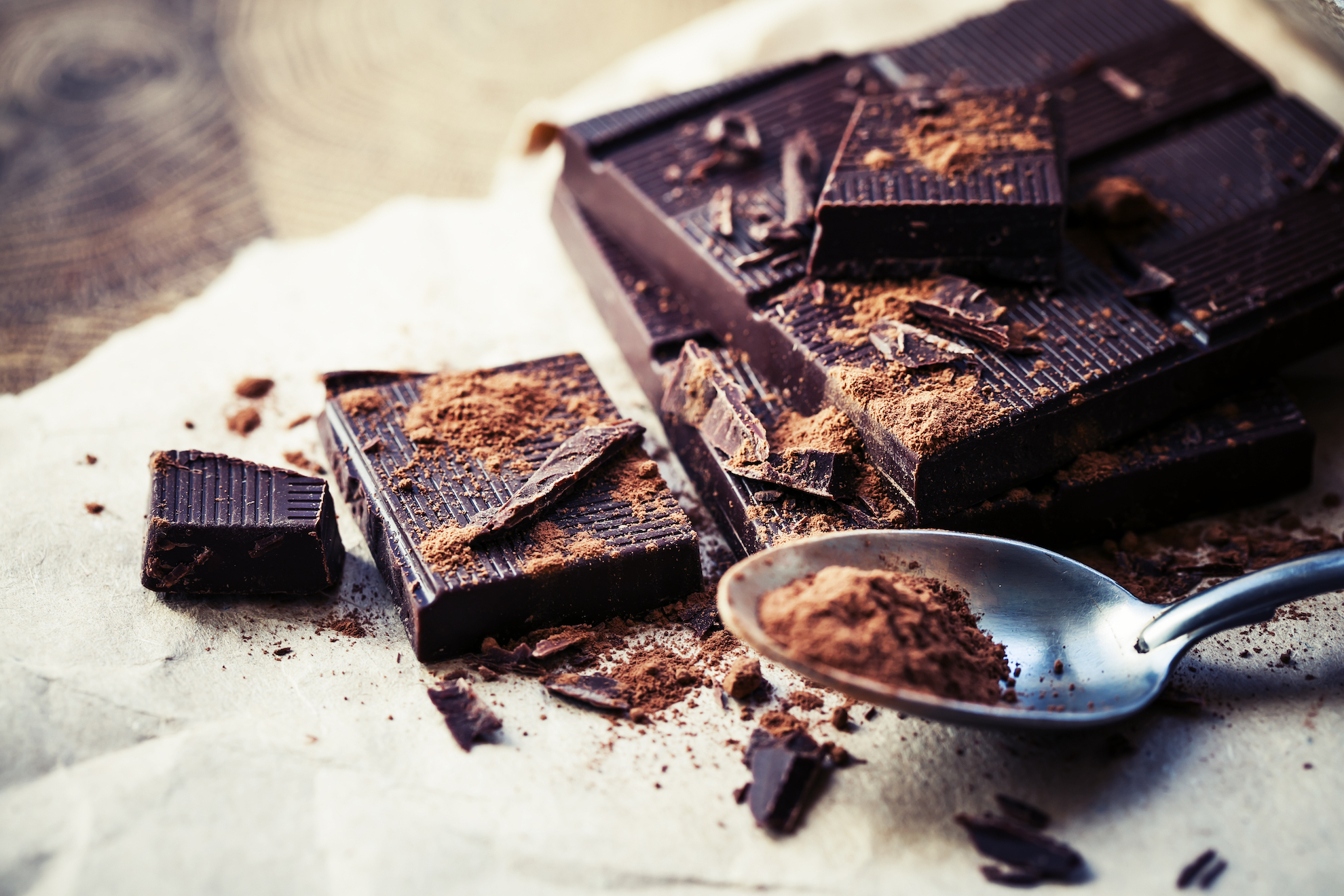 Researchers at Loma Linda University (LLU) are reporting on the remarkable health benefits of dark chocolate. The findings of two separate studies have demonstrated that eating dark chocolate with a high concentration of cacao can reduce stress and inflammation while boosting mood, memory, immunity, and brain power.

Although it has been widely documented that cacao is a major source of flavonoids, this investigation is the first to examine the effect of cacao on cognitive, endocrine, and cardiovascular health in human subjects.

Dr. Lee S. Berk, a researcher in Psychoneuroimmunology and Food Science at LLU, served as the principal investigator for both studies.

“For years, we have looked at the influence of dark chocolate on neurological functions from the standpoint of sugar content – the more sugar, the happier we are,” said Dr. Berk.

“This is the first time that we have looked at the impact of large amounts of cacao in doses as small as a regular-sized chocolate bar in humans over short or long periods of time, and are encouraged by the findings. These studies show us that the higher the concentration of cacao, the more positive the impact on cognition, memory, mood, immunity and other beneficial effects.”

The flavonoids found in cacao are powerful antioxidants and anti-inflammatory agents that are known to have protective effects on brain and heart health.

An experimental trial was developed to examine how chocolate containing a minimal amount of 70 percent cacao influenced gene expression in human immune cells.

In the second study, experts measured the electroencephalography (EEG) response in participants who consumed 48 grams of dark chocolate containing 70 percent cacao. The researchers analyzed brain activity, focusing specifically on gamma brain waves with a frequency of 25 to 40Hz.

The investigation revealed that neuroplasticity, which is the ability of the brain to form new neural pathways and increase the capacity for learning and memory, was enhanced after eating a high concentration of cacao.

Dr. Berk explained that further research is needed to understand the significance of the brain and immunity benefits generated by a high dose of cacao. Researchers are currently working to identify the underlying mechanisms responsible for the brain’s responses to the cognition-enhancing properties of this superfood.

The research was presented at the Experimental Biology 2018 annual meeting in San Diego.