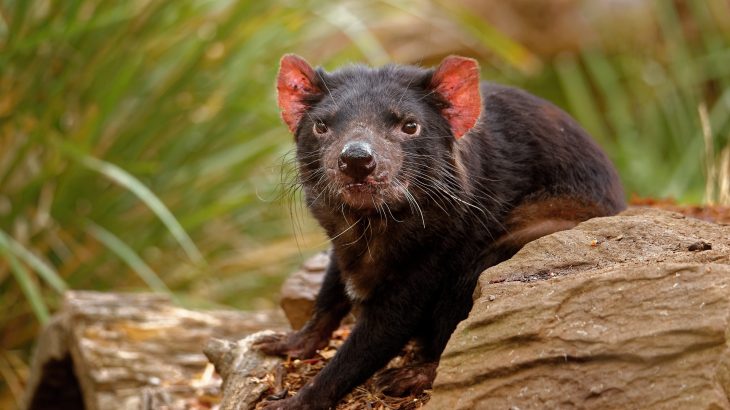 An infectious cancer that affects the Tasmanian devil has split into different lineages over the past two decades, according to a new study published by PLOS. Understanding the evolution of this disease may explain why Tasmanian devils are vanishing and inform efforts to help protect these endangered animals.

“Devil facial tumor 1 (DFT1) is a transmissible cancer affecting Tasmanian devils, marsupial carnivores endemic to the Australian island of Tasmania,” wrote the study authors. “Spread between devils by the transfer of living cancer cells through biting, DFT1 usually manifests as tumors on the head or inside the mouth.”

“Animals with symptoms consistent with DFT1 were first observed in north-east Tasmania in 1996, and the disease has subsequently expanded across the island. DFT1 is usually fatal and has caused significant declines in devil populations, posing a serious conservation threat to the species.”

The researchers explained that unlike most cancers that remain confined within the bodies of their hosts, DFT1 is a clonal lineage that descended from the cells of an individual Tasmanian devil. “Rather than dying together with this animal, DFT1 continued to survive by spreading as an allogeneic graft through the devil population.”

Tumor cells that are transferred to a new host through biting are able to resist the animal’s immune defenses and establish a new tumor that is usually fatal.

The team conducted a genomic analysis on 648 DFT1 tumors that were collected between 2003 and 2018. The investigation showed that early on in the spread of the tumor, DFT1 split into five clades, or sublineages. Three of these lineages survived and continued to spread, and one of them – clade A – split yet again.

The researchers mapped the distribution of each clade, which reveals how infected devils have spread the cancer through the environment and suggests that certain geographic features may play a role in disease transmission.

“The distribution of DFT1 clades supports epidemiological evidence suggesting that DFT1 originated in the 1980s or 1990s in northeast Tasmania and first spread rapidly into high-density devil populations in central and eastern areas before a gradual movement towards the more isolated northwest,” explained the study authors.

“Tumor sublineages that diverged early within all three major clades (A, B, and C) are detectable in the northeast, suggesting that the three clades’ most recent common ancestor may have been located there.”

The researchers also found multiple examples of instability in the DFT1 genome, including the duplication or loss of genes. However, the experts noted that the degree of genomic diversity observed within the devil tumor population was small compared to that often found even within a single human tumor.

As a result of the DFT1 outbreak and several other risk factors, the Tasmanian devil population has declined to the point of becoming endangered, and the animals are now facing the emergence of a second transmissible cancer – DFT2.