Scientists ask: what is the deal with puppy talk? • Earth.com 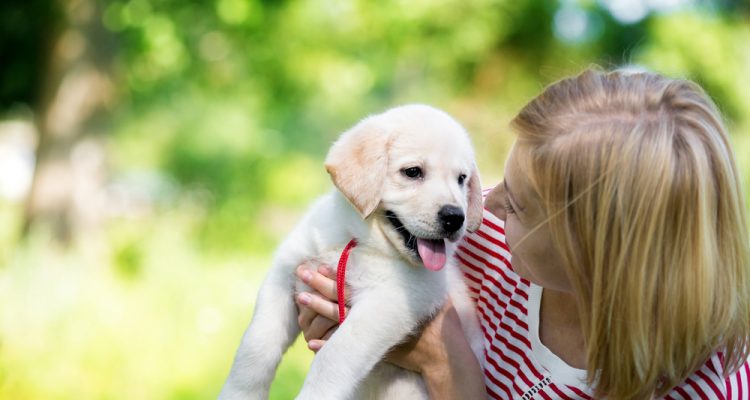 Scientists ask: what is the deal with puppy talk?

It’s easy to spot someone who loves puppies. Just listen for the puppy talk. When you hear coos of “Who’s a good boy?” you know you’ve found a dog lover.

But puppy talk isn’t just for people. It turns out dogs love to hear it, at least when they’re young.

An international team of researchers set out to discover why we use “dog-directed speech,” and whether dogs pay attention to it.

Our use of puppy talk may be similar to how we speak to babies or other pets, the scientists found.

Humans tend to use puppy talk with dogs of all ages, but may change the pitch or other acoustic traits based on whether they’re speaking to a puppy or an adult dog.

As for whether dogs pay attention – well, that depended on their age.

The researchers found that puppies react positively when humans speak slowly and in high-pitched voices. Adult dogs, on the other hand, tend to ignore it.

They tested the human speech habit by recording people as they spoke to images of puppies and adult dogs, and normal human conversation. Then, they played these recordings for dogs of all ages, to see how they reacted to speech patterns alone.

The puppies reacted and changed their behavior based on the recording being played. Adult dogs, however, reacted the same way to puppy talk and normal human speech.

The puppies’ reactions showed that dog-directed speech could have a functional value for young dogs, the scientists said.

However, that function may not be the reason humans use puppy talk to begin with.

“The fact that speakers continue to use dog-directed with older dogs … suggests that this speech pattern may mainly be a spontaneous attempt to [interact] with non-verbal listeners,” they wrote.