Deaths from wildfire smoke exposure could double by 2100 • Earth.com 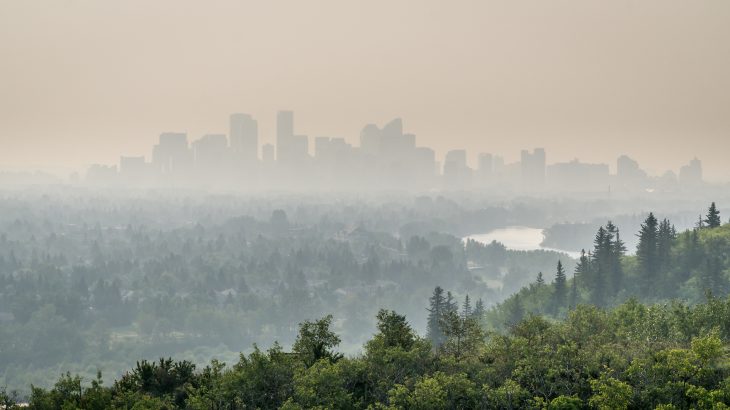 Deaths from wildfire smoke exposure could double by 2100

Wildfire smoke greatly impacts air quality and its effects on human health can be far-reaching. Smoke from wildfires negatively impacts cardiovascular health, can cause eye and lung irritation, and increase the risk of early death from particulate exposure.

Particulate matter refers to the microscopic burned particles carried along with the gasses and other debris from fires and other air pollution.

Now, a new study has found that the number of deaths from wildfire smoke exposure could more than double in the coming years.

An international collaboration of researchers conducted the study which was published in the journal Geohealth. It’s the first research of its kind to estimate future smoke and health impacts.

The team simulated wildfire smoke levels by the end of the 21st century and found that the number of deaths from smoke exposure could increase to 40,000 per year.

Particulate matter emissions are declining as more and more efforts are made to combat climate change and reduce the burning of fossil fuels. However, the number of wildfires are increasing across the world due to climate change and fires are only projected to get more severe.

The researchers used global climate model simulations to estimate how much particulate matter exposure impacted air quality in the early and mid 21st century, and were also able to predict particular matter increases towards the latter end of the century.

Different climate scenarios were modeled for the study in order to analyze how wildfire smoke would impact air quality given different atmospheric greenhouse gas levels.

If climate change reaches a worst case scenario, the number of deaths from smoke exposure could double according to the researchers.

“We know from our own research and many, many other groups that smoke has negative impacts on human health,” said Jeff Pierce, a co-author of the study and associate professor of atmospheric science at Colorado State University. “With the knowledge that fires have been increasing in parts of the U.S., we wanted to look at how bad this might get.”

Even with declines in particulate matter exposure from vehicles and power plants, the increase in wildfires will still create hazardous air quality problems.

“People could use this information as sort of a first estimate of what to prepare for in terms of future air quality,” said Pierce. “We need more simulations to be able to assess the different probabilities of what the future might be.”

The researchers call for more awareness of the health risks of smoke exposure using campaigns along with better modeling and climate change mitigation to decrease the number of deaths due to smoke exposure.

“I think that we need to act now,” said Sheryl Magzamen, associate professor of epidemiology at Colorado State University, who was not involved in the new study. “Our exposure to wildfire smoke is only going to get worse going into the next century, so we need to plan and be prepared in terms of acting to protect population health.”