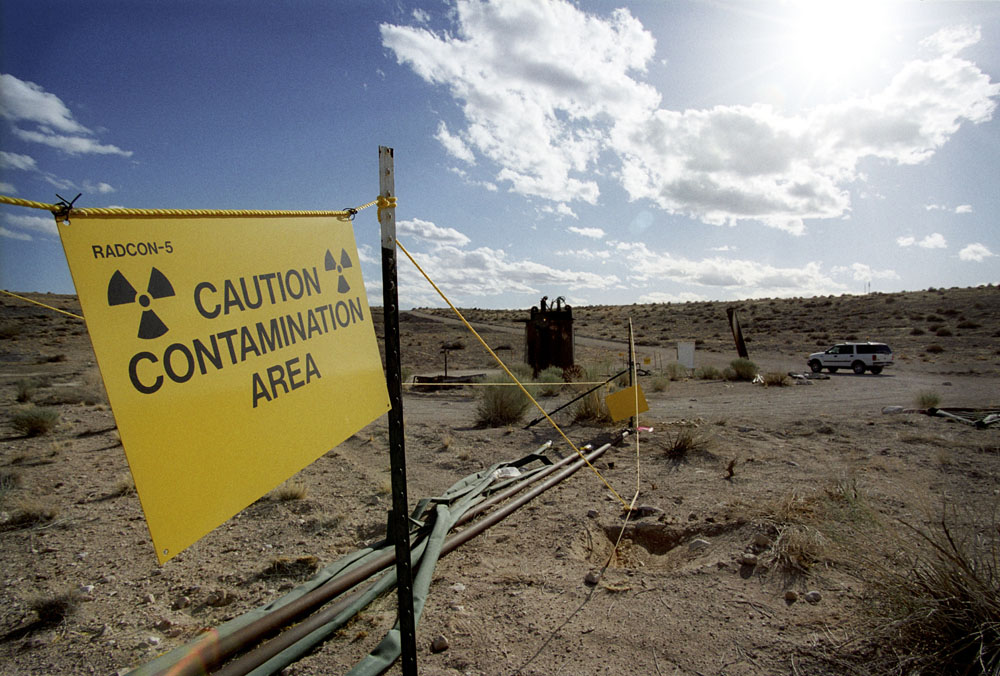 The debate resumed Tuesday in Nevada about the possibility of radioactive contamination of the underground water supply from a proposed national nuclear waste repository in the desert near where nuclear weapons tests were conducted for decades.

Familiar faces and arguments in the decades-long long battle over the Yucca Mountain repository turned out for a Nuclear Regulatory Commission meeting in Las Vegas, ahead of another NRC hearing scheduled Thursday in a farm community in the shadow of the site itself.

“The only question to be answered is, `Can waste emplaced in Yucca Mountain be isolated and not contaminate groundwater?'” said Judy Treichel, an opponent since the 1980s of project who heads an entity called the Nevada Nuclear Waste Task Force. “The answer is, `No.'”

Current Las Vegas Mayor Carolyn Goodman recalled her husband, former Mayor Oscar Goodman, threatening a decade ago to lie across a highway to stop trucks hauling radioactive waste through Sin City. She said she hoped not to have to make a similar pledge.

Former U.S. Sen. Richard Bryan, who was governor when Yucca Mountain site studies began in 1982 and now heads the state agency dedicated to stopping the project, spoke against it.

U.S. Rep. Dina Titus, a Nevada Democrat who studied, wrote and taught about nuclear issues as a college professor before she was elected to public office, called the product of “bad politics, not good policy.”

But the once-united public front against the repository has eroded in the years since work stopped after Barack Obama was elected president, Harry Reid of Nevada became U.S. Senate Democratic majority leader, and Congress shut off funding.

That led the NRC to halt licensing proceedings and the Energy Department to withdraw all but maintenance staff from the site 90 miles northwest of Las Vegas.

Dan Schinhofen, an elected commissioner in Nye County, where the repository would be built, said it was time to consider economic benefits Nevada could reap in return for entombing more than 77,000 tons of spent nuclear fuel currently piling up at nuclear reactors around the country.

“It’s a national security issue. It’s in our county. There’s support for it. We should talk about it,” Schinhofen said.

Reid has called the Yucca Mountain project dead. But a federal appeals court ruled in 2013 that the NRC has to either approve or reject the Energy Department license application. Officials have said a full slate of licensing hearings could take at least three years.

The focus of meetings this week is on an environmental study about the likelihood of radioactivity leaking from the site into groundwater in an ancient aquifer that flows beneath Amargosa Valley farms toward Death Valley National Park.

A report released in August by the NRC acknowledged a small chance of contamination, but said someone drinking two liters of groundwater a day would still not accumulate as much radiation as they do from natural and background sources.

“They say they’re just here to talk about groundwater,” said Robert Halstead, the Nevada official heading state opposition to the project. “The larger issue is the scope of all of this.”

As proposed, tens of thousands of truck and trainloads of waste would be shipped to Nevada to be entombed in casks in tunnels drilled beneath the ancient volcanic ridge.

Nevada state and federal officials have long opposed the nuclear repository, which was first proposed in 1982. The site was approved by Congress in 2002.

However, like Schinhofen, some more recently elected county, state and federal elected representatives, including congressmen Cresent Hardy and Mark Amodei, have indicated a willingness to negotiate for benefits in return for accepting the nation’s most dangerous waste.

Opponents contend that technology for entombing nuclear waste is unproven, and the threat of poisoning air, water and soil is too great to allow the repository to be built.

State officials also argue that moving highly radioactive waste from more than 70 sites in 34 states poses a greater risk than leaving the material where it is.

The states of Washington and South Carolina, plus Aiken County, South Carolina, the Prairie Island Indian Community of Minnesota and the National Association of Regulatory Utility Commissioners won the restart of the discussion with their lawsuit saying the federal government was breaking its promise to take their spent nuclear fuel.