The decline of hunting for sport • Earth.com 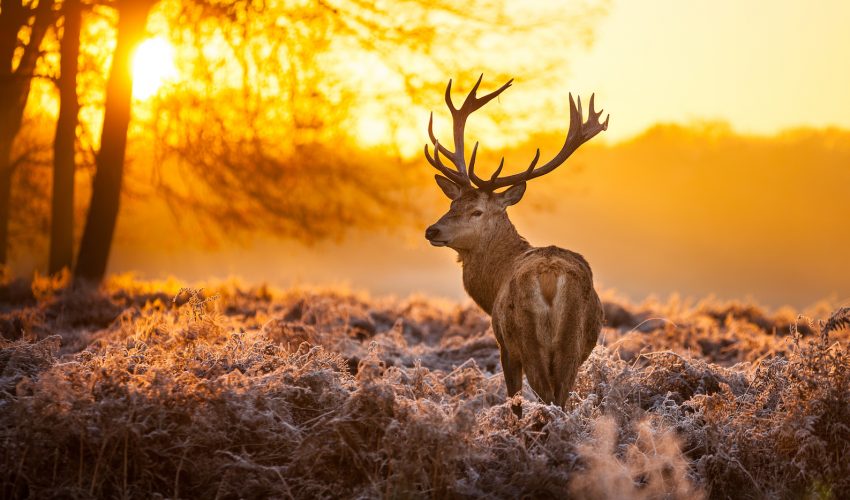 The decline of hunting for sport

Living my whole life in Wyoming, western Colorado, South Dakota and now Arizona, it’s been hard for me to think of hunting as relatively unpopular.  Outside of larger cities in those states, I’ve always been in a small minority as a vegetarian, even among those who care for wild life.

Working at a gunpowder factory, I heard everything from stories of deer hunting at the tragic poaching of a Big Horn sheep to threats of shooting crows settled on the buildings.  Growing up, I heard plenty of people in high school talk of plinking away at prairie dogs for fun and the moral rectitude of killing coyotes merely for being coyotes.

But things have changed from my early childhood until now.  Vegetarian restaurants are more common and even in the most meat and potato bar and grills, it’s common to have a veggie burger on the menu.

So it’s perhaps not entirely surprising that hunting is on decline. According to a 2010 report cited in the New York Times, the US Fish & Wildlife Service has seen a decline in hunting in 33 states over two decades, the greatest being a decline of 50 percent in Massachusetts.  The decline was measured in sales of hunting licenses. The sale of hunting licenses is usually the main funding for state agencies that manage wildlife and many public lands.  According to NPR, licenses and taxes on hunting and fishing equipment provide about 60 percent of funding for state wildlife agencies.  Hunters require land to hunt on that is also used by birders, hikers, mountain bikers, climbers and campers.

Hunters are quick to point out their importance, especially how hunting revenue has paid for restoration of wildlife.  The other side of the story of course is that hunting decimated wildlife to begin with. Another complicating detail is that often hunters and advocate groups flex political muscle, making wildlife management what they want it to be.  Big Horn sheep were reintroduced into the Santa Catalina mountains north of Tucson, but when mountain lions preyed on the sheep, they were killed by Arizona Game and Fish. There are other places were sheep were introduced to places with little to no historical evidence of their previous existence.  Mountain Lions were again killed to protect populations of bighorns introduced largely because of hunter advocacy. Moose were introduced near my hometown of Grand Junction Colorado in a place they’d never lived before largely to satisfy the desire of locals to hunt moose. Of course, the idea is also to bring in outsiders and their money in moose hunts.  The overall effect is that when it comes to decisions over wildlife, hunters have a disproportionate sway on policy.

Ring Neck Pheasants are native to Asia but exist all over the United States due largely to the desire of hunters to kill them. According to the New York Times piece, a spending cut of $1 million on Pheasant repopulation was noted for the state of Pennsylvania.  It’s hard to imagine how a cut in money used to repopulate a non-native bird population will negatively hurt anyone besides hunters and the pheasant numbers.

A study done by the Wisconsin Department of Natural Resources in August 2014 showed that there is a statistically significant difference in attitudes between hunters and non-hunters on wolves.  Non-hunters had a significantly better view of wolves than hunters. In my experience, this difference in views also extends to mountain lions, deer and coyotes.

As hunting declines in popularity, it seems that state wildlife management will become less necessary, or at the very least, it’s goals should change. With less pheasant hunters, there should be less spent on pheasant introduction (if it should ever have been spent to begin with).  With less deer hunters, wolves become more important to maintain deer in reasonable numbers, and if the Wisconsin survey is to be believed, attitudes may be more positive towards wolves.

Hunting arguably does play an important role in environmentalism.  Hunters were some of the first and strongest advocates for wildlife and land conservation, but they also kept land as they wanted it, not necessarily as it was.  Hunting is also one of the few direct ways to interact with a landscape, to be part of a wild ecology.  Perhaps hunting should remain for those who want to participate, but that doesn’t mean they should set up the environment to favor them.  Hunting, if it remains, should be a matter of participating in a wilder environment and sharing it with birders, hikers, climbers and anglers.