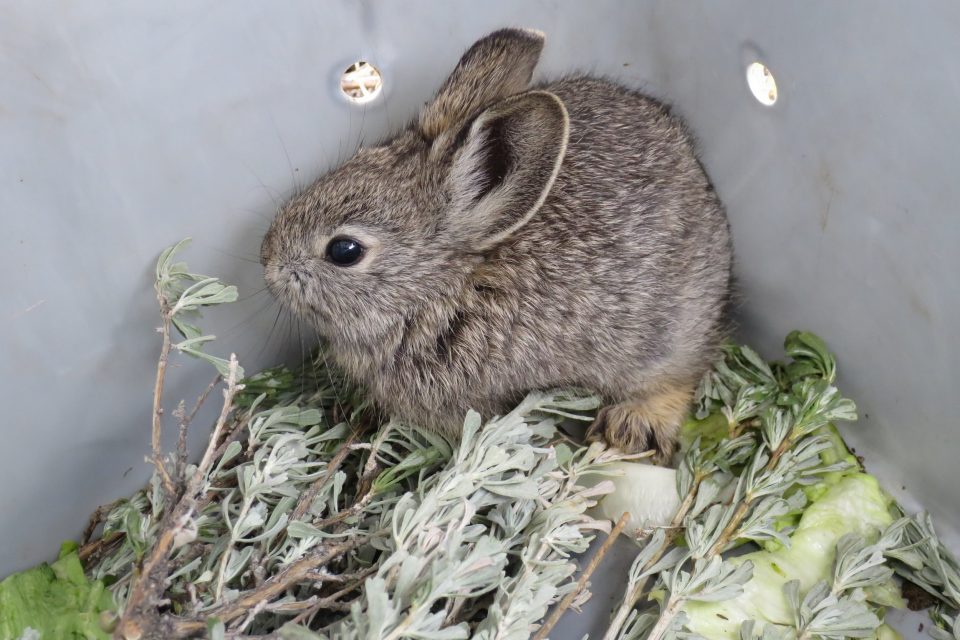 A 2003 paper from Bioscience points out the importance of ranching to the ‘new west’. Ranching is often seen as an alternative to intensive development and a benign pursuit that has limited impact on conservation.

“If biological conservation is to be successful on the western grasslands and shrublands, ranchers must be central to any plan,” the paper’s authors wrote.

Opinions are divided on the impact of grazing and whether it is beneficial to biodiversity and ecosystem function or not. Although it is worth noting that ungulates (bison, etc.) have grazed the plains of the United States for a long period of time beyond the introduction of cattle. One thing is certain about the role of cattle, which is that they are the livelihood of many in the American west and are also cultural icons in their own right. Ranching as we know it is dependent on the use of public lands, according to a 2015 paper in Animal Frontiers. But ranching is also dependent on cooperative public land managers.

In 1994, while the last of Washington’s pygmy rabbits were living on only 3,500 acres of sagebrush-dominated land in Douglas County, Steven Herman wrote a paper about the Coordinated Resource Management Plan (CRMP) of this last pygmy rabbit stronghold. At that time, the plan included increasing grazing by 20%, an action justified by saying that rabbits and cattle were ‘compatible’ going so far as to claim that the pygmy rabbits might benefit from grazing.

Dr. Herman debates these claims, saying they’re at odds with what we know of the rabbits and their ecosystem. The parcel in question, Sagebrush Flats, is the last of the wild Columbia Basin pygmy rabbit’s range and was purchased by the Washington Department of Fish & Game as the rabbits were declining.

Beyond increasing the amount of cattle on the Sagebrush Flats parcel, the Washington Department of Fish & Game also made water available to cattle in areas previously inaccessible to the ungulates. This encouraged cattle to move to parts of the land where they hadn’t damaged as much previously. According to Dr. Herman grazing contributed to the decline of Washington’s pygmy rabbits and a 2004 paper in Biological Conservation backs him up.

According to the paper, the decline of the Columbia Basin pygmy rabbits was most likely due to “the combined results of habitat degradation and fragmentation, disease, and predation.”

Cattle played a role in habitat degradation and fragmentation as well. Research found significantly more pygmy rabbit burrows in areas without grazing than in areas where grazing was allowed. Grazing in the late summer and winter also removed roughly 50% of grass cover, leaving much less nutrition for the rabbits. The pygmy rabbits in winter make grass less than 2% of their diet (when they eat mainly sagebrush) but in late summer, grasses and forbs make about 53% of their diets. Because of less food, the pygmy rabbits were obviously unable to live in high abundance in graded areas.

It is a complicated issue, though. Depending on the intensity and season of grazing, cattle can reduce grasses but also increase the size of sagebrush. Pygmy rabbits are known to choose areas with taller and denser sagebrush as the most important part of their range. The downside of cattle is the removal of the grasses and forbs that the pygmy rabbits also rely on, as well as decreasing the ability of sagebrush to regenerate by ripping it out by the roots. Interestingly, other less well understood factors played a role in why less pygmy rabbit burrows are to be found in grazed areas as opposed to un-grazed areas.

Cottontail rabbits do not dig their own burrows like pygmy rabbits do, instead they occupy burrows dug by other animals. In grazed areas, more cottontails occupy pygmy rabbit burrows than in areas that aren’t grazed. Cattle also sometimes collapse burrows of pygmy rabbits, a good reason for the rabbits to stay away. It’s also interesting to note that pygmy rabbits in this part of the American west didn’t evolve with large amounts of ungulates. Instead of large densities of bison as in other plains areas, there were originally only smaller populations of deer, elk and pronghorn. The misunderstandings and ignorance surrounding the needs of Columbia Basin pygmy rabbits also contributed to early failures in captive breeding.

Originally, 16 Columbia Basin pygmy rabbits were captured for captive breeding. These rabbits represented a unique race of pygmy rabbits, separated from their nearest relatives by roughly 40,000 years of evolution. These rabbits were first offered only sagebrush as food, without the grasses and forbs necessary for their successful reproduction. Unsurprisingly, the early rabbit breeding efforts didn’t fare well. Some of these first rabbits died in captivity. After these failures, pygmy rabbits from Idaho were introduced into the population and with changes in diet and a ‘semi-wild’ enclosure more closely replicating nature, the rabbits started breeding.