A decrease in rainfall is actually linked to fewer snakebites • Earth.com 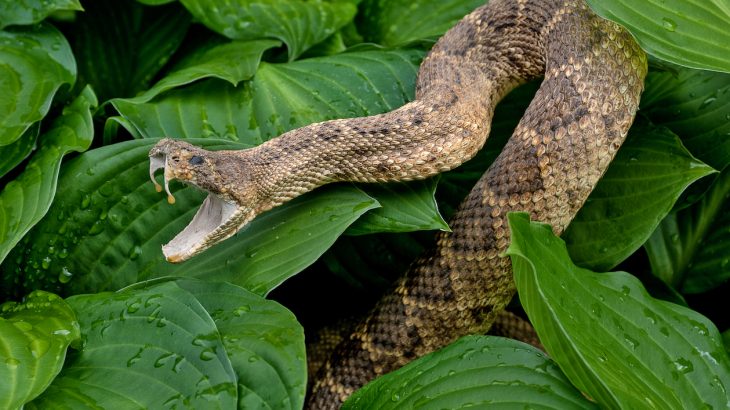 A decrease in rainfall is actually linked to fewer snakebites

A new study by Dr. Grant Lipman, a clinical associate professor of Emergency Medicine at the Stanford School of Medicine, has found that drought is a good predictor of fewer snakebites.

Dr. Lipman, who routinely treats patients with venomous snakebites, said: “I wondered if there are more snake bites during droughts.”

To investigate, he developed a study with a team of researchers including co-lead author Dr. Caleb Phillips, an adjunct assistant professor of Computer Science at the University of Colorado-Boulder.

“We set out to prove that, yes, there are more snakebites during high drought time especially since that’s what we were taught,” said Dr. Lipman.

The experts were surprised to find that the number of snakebites actually decreases after a drought, but increases after periods of rainy weather.

The study also revealed that an increase in weather extremes caused by climate change has a direct influence on snakebite incidence in California. According to the study authors, this could be useful to help guide public health measures, such as determining the best distribution of antivenom supplies.

The analysis was focused on 20 years of snakebite data from every phone call made to the California Poison Control System from 1997 to 2017.

A total of 5,365 snake bites were reported, all of which were from rattlesnakes. The average age of patients was found to be 37, and the researchers also determined that five deaths occurred over the study period. Most of the fatalities involved male victims who were at home in the backyard when they were bitten.

“The most common comment I usually hear from snakebite victims in the emergency room is: ‘I was just minding my own business,’” said Dr. Lipman “Usually, though, it’s the snakes that were minding their own business, having a nice nap. It’s people who tend to disturb them.”

The study is published in the journal Clinical Toxicology.