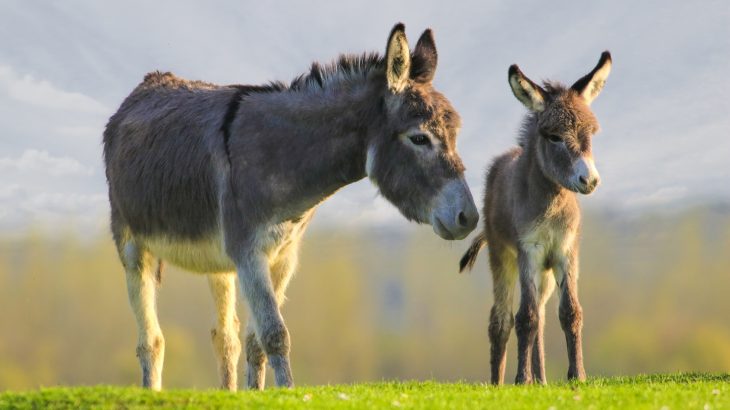 Increased demand for donkey skins has created a horrific market

Donkeys have been a prominent figure throughout our history, steadily helping humans for centuries. Today, donkeys fill many roles for humans from agricultural animals to beloved pets. But now, donkeys are increasingly filling an unexpected role as a medicinal good.

The market for donkey skins is driven by demand for ejiao, a medicine made from donkey skins that is used for a wide variety of purposes, from anti-aging to increased libido and cancer treatment. Ejiao has been around for 2,500 years, but its popularity has recently grown as a result of marketing campaigns and new uses for the product.

According to a 2017 report by The Donkey Sanctuary, an estimated 1.8 million donkey skins are traded every year. Like many animal products used for traditional medicine, ejiao is seen as a luxury good.

Sadly, the lives of the donkeys used for their skins is often far from luxurious. Donkeys are either killed in illicit slaughterhouses or taken to legal operations to be slaughtered and skinned.

These donkey slaughterhouses are often marked by poor living conditions including lack of food and water, exposure to infectious diseases and inhumane slaughter techniques. Some donkeys are even skinned while they are still alive, likely enduring extreme pain and distress. After the donkeys are skinned, their carcasses are sometimes simply dumped in a pile or buried outside creating potential public health concerns.

The National Council of SPCAs notes one especially horrific case at a donkey slaughterhouse, “The Bloemfontein SPCA investigated an issue involving 70 sick, weak and emaciated donkeys on a plot outside the city. According to workers, the donkeys had been on the property for two weeks without food or water. Some had aborted and dead foetuses were found on the ground.”

The sudden and overwhelming demand for donkeys adversely affects farmers who depend on donkeys for their livelihood. Since the donkey skin market has exploded, the price for donkeys has increased in countries such as Niger and Kenya. SPANA, the international working animal charity, states that the price of a donkey in some African countries has inflated up to four times its normal price. If farmers can still afford to buy donkeys, they risk having their donkeys stolen for the donkey skin trade. Almost 1,000 donkeys were stolen in Kenya from December 2016 to April 2017 alone.

Farmers in countries such as Tanzania and Kenya are now receiving help from non-profits groups such as The Donkey Sanctuary and The Brooke in protecting their donkeys and preventing theft.

In addition to community level actions, some African and Asian countries are fighting back and banning donkey skin exports from their countries. As illegal donkey slaughterhouses continue to proliferate, country-wide bans of donkey exports should be followed by increased enforcement efforts.