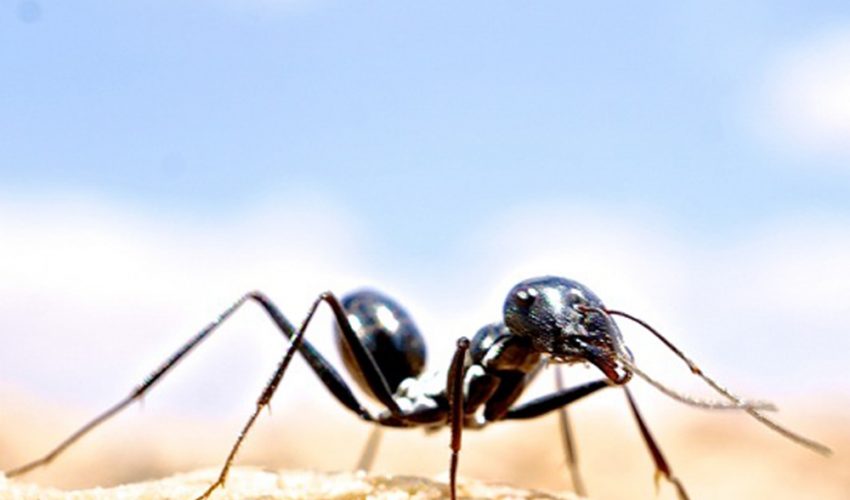 Scientists from the Max Planck Institute for Chemical Ecology have closely examined the behavior of desert ants and discovered that these insects are able to evaluate the informative value of cues in their environment.

While returning to their nest, desert ants can distinguish between ambiguous and unambiguous landmarks. Visual cues or nest-defining odors must only occur near their nest, and not elsewhere along their route, in order to get the ants to respond.

The desert ant, Cataglyphis fortis, lives in dry salt lakes in the North African Sahara, where few other creatures can be found. The ants spend entire days foraging for food on their own, often covering exceptionally large distances.

Study co-author Markus Knaden explained, “What is special about these insects is the fact that ants returning home from foraging are desperate to find their nest. You can therefore catch them anywhere and place them in a specific test situation. While other animals would immediately drop their piece of food and try to disappear, the ants stick to their innate homing behavior. By manipulating the environment we can identify the navigational means the ants use for orientation.”

The research team set out to investigate the behavior of the ants after they had learned specific nest cues such as odors and landmarks, and then encountered them far away from the nest.

“You have to imagine a situation like this: If we need to orient ourselves in an unknown city by using a distinctive tower block as landmark and suddenly realize that there are other tower blocks that look quite similar, we get confused. We therefore wanted to know how ants solve this problem,” said Knaden.

Using a 16-meter-long aluminum channel in which the ants learned to search for food, the scientists tested their ability to find their nest entrance despite cues that may lead them off track. Ultimately, the ants did not pay attention to the ambiguous cues.

Study first author Roman Huber explained, “The ants ignored visual or olfactory cues that were not reliable. Unreliable nest cues are those that are not only found at the nest entrance, but are ubiquitous along the route. The ability to assess the informational value of visual landmarks or odor trails as relevant or irrelevant for the nest search is another example of the amazing cognitive performance of the tiny ant brain.”