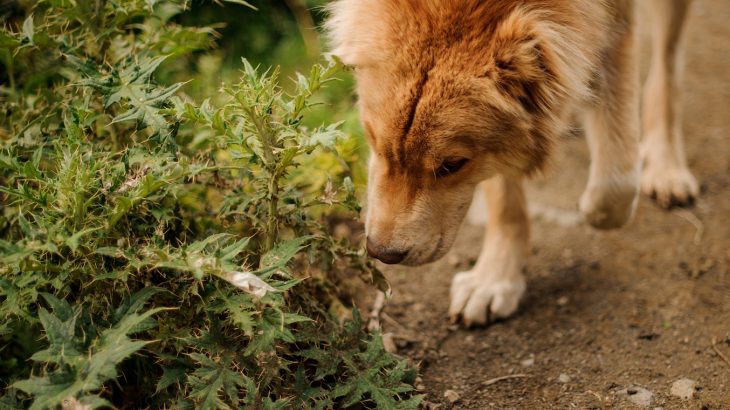 Detection dogs have been trained to sniff out explosives, drugs, and even cancer in human blood samples. Now, a new crew of detection dogs are helping weed out invasive Scotch broom plants in New York state parks.

Conservationists have been using detection dogs since the mid 1990s, according to the Associated Press, and dogs have tracked endangered species through their scat and helped find illegally trafficked ivory.

“Our field in the last 15 years has just exploded,” Pete Coppolillo, executive director of Working Dogs for Conservation, told the Associated Press. “We’ve trained over 200 dog and handler teams to help in global wildlife trafficking, and now we’re doing a lot of invasive species work.

Dia can spot the elusive weeds through scent alone, which gives her an advantage over park staff and volunteers who use the plant’s yellow flowers to find it.

Scotch broom is widespread throughout the Pacific Northwest but has only begun to spread across New York state.

“If we had to find all these plants ourselves, combing the grass for every tiny plant, it would take so much longer — and we’d still miss a lot,” Joshua Beese, Dia’s Handler, told the Associated Press.

Dia was able to find hundreds of plants that were missed by volunteers before, proving how useful a conservation detection dog can be.