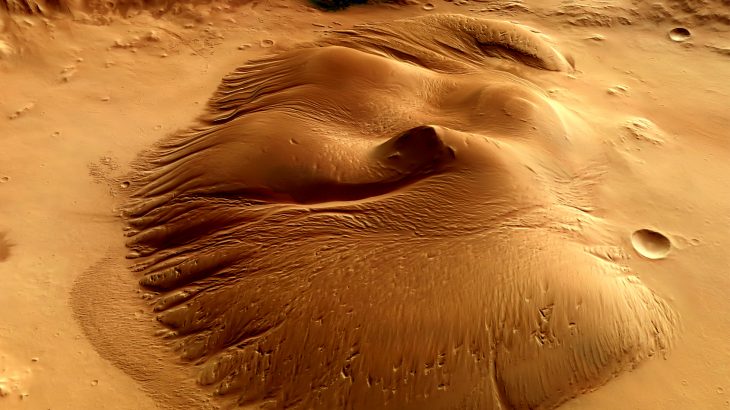 A team of researchers led by Dennis Claessen, an associate professor at the Institute of Biology at Leiden University, discovered that bacteria that grows in partial gravity accumulates waste that cannot be discarded. Applying anti-gravity to specific antibiotic-growing microbes could be the key to fighting antibiotic-resistant bacteria.

According to the European Space Agency, Claessen and his team, who presented their findings at the iGEM International Genetically Engineered Machine competition, were initially attempting to solve the problem of growing non-toxic plants on Mars, and needed “Martian” gravity to test their theory.

“The soil on Mars has perchlorate chemical compounds in it, which can be toxic for humans,” Claessen said. “Our students started ‘building’ a bacterium that would degrade the perchlorate to chlorine and oxygen, but they needed to know whether that bacterium would behave the same way in the partial gravity of Mars as it would on Earth.”

To do this, the team assembled a random positioning machine (RPM), which allows researchers to experiment with zero or reduced gravity. The RPM works by continually shifting its orientation at random, so whatever items are within it do not have a chance to adjust to steady gravity.

“During [the team’s] experiments they noticed that when bacteria grew in partial gravity, they became stressed as they accumulated waste around them that they couldn’t get rid of,” Claessen said. “This holds great potential because when microbes belonging to the Streptomyces family become stressed, they usually start making antibiotics.”

Claessen noted that 70% of all antibiotics used to treat human diseases and infections are derived from Streptomyces bacteria, “and we know they have the potential to produce even more,” he said. Claessen believes that using RPM can help scientists discover new antibiotics.

He is spearheading a Dutch consortium to investigate soil detoxification on a bigger scale. Claessen plans to use soil from Chile’s Atacama Desert, which is also high in perchlorate, to continue their Mars-related experimentation. The team will also look into Streptomyces microbes, found in Earth’s soil, and their potential to form new antibiotics within an RPM.

“To find that they hold the potential for discovering new antibiotics as well is even more exciting, as antibiotic resistance is something we need to tackle urgently,” said Derk Schneemann at Verhaert Netherlands.